TE Brate active for Bucs' game against Seahawks in Germany 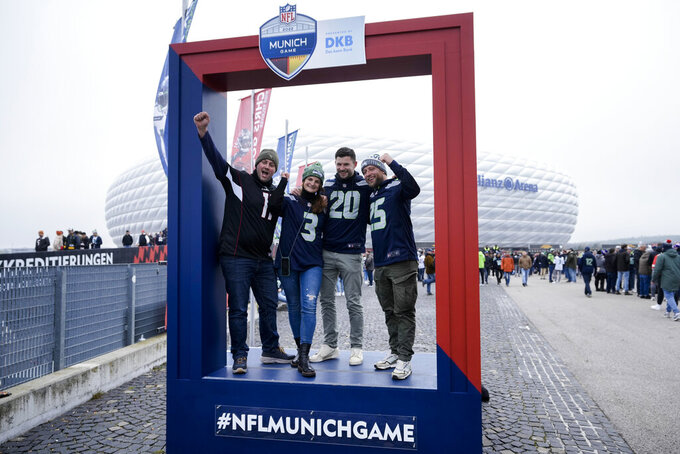 Fans of the Seahawks pose for a photo as they arrive for a NFL match between Tampa Bay Buccaneers and Seattle Seahawks at the Allianz Arena in Munich, Germany, Sunday, Nov. 13, 2022. (AP Photo/Markus Schreiber)

MUNICH (AP) — Buccaneers tight end Cameron Brate is active for Tampa Bay's game against the Seattle Seahawks in Germany on Sunday in his return from a neck injury.

Brate, who also sustained a concussion earlier in the season, hasn't played in a month but practiced all week. He has 13 receptions for 114 yards in five games this season.

Seahawks wide receiver Marquise Goodwin is active after returning from a groin injury. Outside linebacker Darrell Taylor is also active.

Linebacker Vi Jones is active after being elevated from the practice squad. The team announced on Saturday that LB Cullen Gillaspia (knee) had been placed on injured reserve.