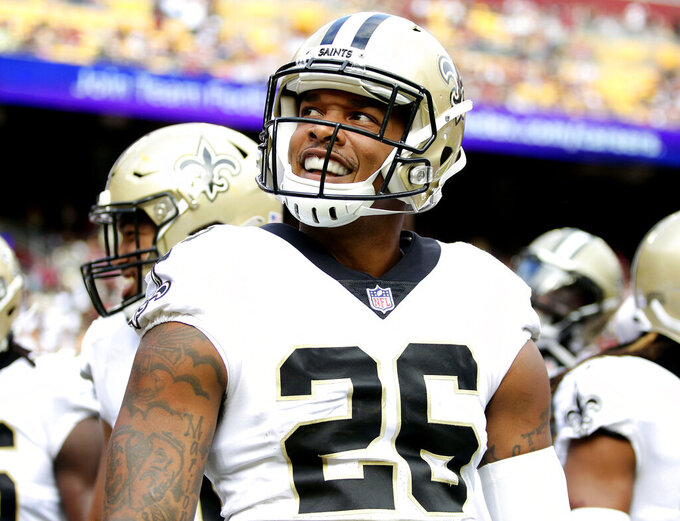 FILE - New Orleans Saints cornerback P.J. Williams (26) smiles during an NFL football game against the Washington Football Team, Oct. 10, 2021, in Landover, Md. A person familiar with the decision says the Saints are bringing back veteran defensive back Williams on a one-year contract. The person spoke to The Associated Press on condition of anonymity on Saturday, April 2, 2022, because the agreement has not been announced. (AP Photo/Daniel Kucin Jr., File)

NEW ORLEANS (AP) — The New Orleans Saints are bringing back free-agent defensive back P.J. Williams on a one-year contract, a person familiar with the decision said.

The person spoke to The Associated Press on condition of anonymity Saturday because the agreement has not been announced.

Williams, drafted by New Orleans in the third round in 2015, is a versatile defender who played primarily as a safety last season and intercepted a career-high three passes, including a game-sealing pick-six against Tampa Bay's Tom Brady.

Williams, who will be 29 next season, rejoins a backfield that recently lost veteran Malcolm Jenkins to retirement.

Williams, who spent his entire rookie season on injured reserve and missed most of his second season because of a concussion, has played for Allen virtually his entire career.

Allen has said he intends to continue to call defensive plays from the sideline.