Bears seek help on offense, at CB in first draft under Poles 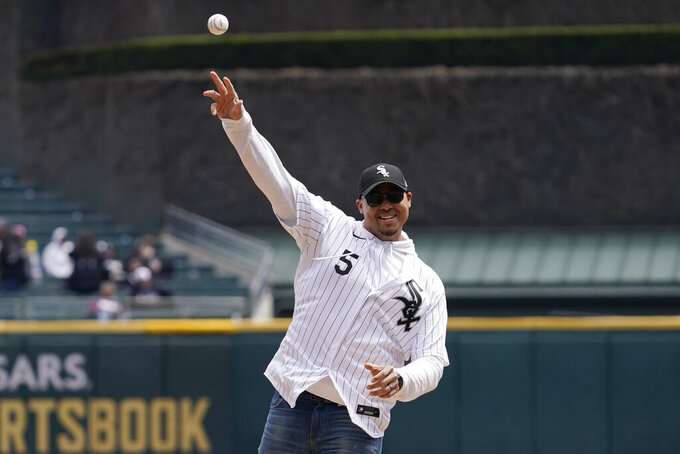 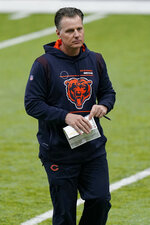 LAST SEASON: Chairman George McCaskey opted to stick with former general manager Ryan Pace and coach Matt Nagy after the Bears went 8-8 in the regular season two years in a row. And the result was an all-too-familiar one. Chicago had a significant slump for the third straight season, losing eight of nine at one point, and missed the playoffs for the ninth time in 11 years. That was enough to convince McCaskey to make sweeping changes. The Bears fired Pace and Nagy and hired Ryan Poles as GM and Matt Eberflus as coach.

OUTLOOK: The Bears have just six picks at the moment and no first-rounder after sending it to the New York Giants in the trade to move up for QB Justin Fields last year. Poles and Eberflus need to surround Fields with the pieces to develop following an uneven rookie season, and improve an offense that ranked among the NFL's worst. The former Ohio State star threw more interceptions (10) than touchdown passes (seven) to go with an unimpressive 73.2 passer rating. They need help at wide receiver and on the offensive line. They could also use another cornerback to go with Jaylon Johnson, and that's not the only issue on defense. Along with the two second-round picks, Chicago has one each in the third and sixth rounds and a pair in the fifth. The Bears made a major move when they traded three-time All-Pro Mack for the No. 48 pick plus a sixth-rounder in 2023. But their biggest free agent signing was nullified when former Cincinnati DT Ogunjobi failed a physical after agreeing to a three-year contract. He injured his right foot during the Bengals’ wild-card victory over the Las Vegas Raiders and was lost for the remainder of the playoffs.