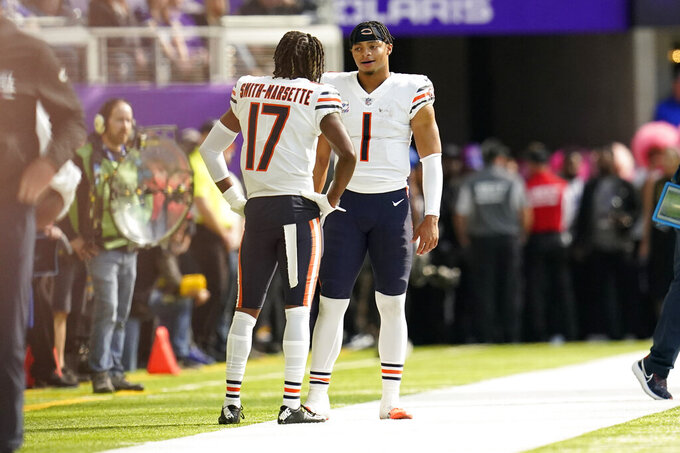 Chicago Bears quarterback Justin Fields (1) talks with teammate wide receiver Ihmir Smith-Marsette (17) on the sideline during the first half of an NFL football game against the Minnesota Vikings, Sunday, Oct. 9, 2022, in Minneapolis. (AP Photo/Abbie Parr) 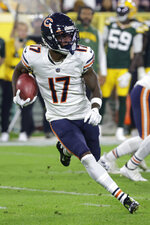 Smith-Marsette got his first significant playing time in the offense in Chicago's 29-22 loss at Minnesota two weeks ago and committed two costly mistakes.

He had the ball taken away from behind by Cameron Dantzler at the Vikings 39 following a reception on the Bears’ final drive to decide the game. He also got flagged for an illegal block from behind on a 52-yard scramble by quarterback Justin Fields, negating a touchdown. The Bears signed Smith-Marsette just before the start of the season after Minnesota cut him.

Chicago signed receiver Isaiah Coulter from the practice squad to the active roster on Tuesday.

The Bears (2-4) have dropped three straight following a 12-7 loss to Washington on Thursday night. They visit New England on Monday night.