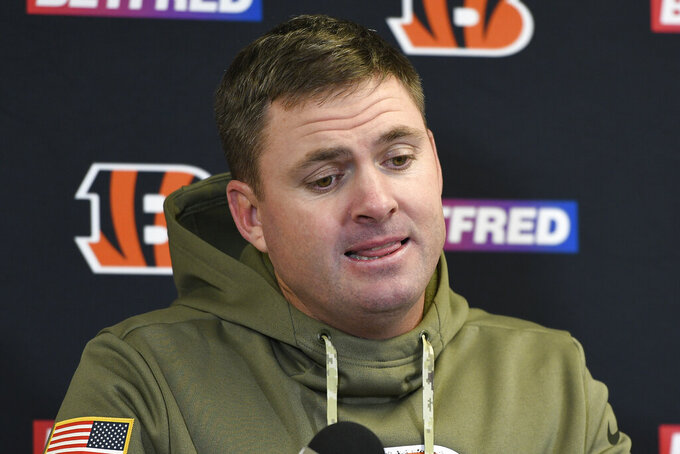 NASHVILLE, Tenn. (AP) — Cincinnati will be without wide receiver Ja'Marr Chase after the Bengals scratched the reigning AP NFL Offensive Rookie of the Year for a fourth straight game.

Chase returned to practice this week with the hip injury that had kept him out the previous three games. He was limited all week and was listed as questionable for Sunday's game against Tennessee before being a game-day scratch.

The Bengals (6-4) already declared running back Joe Mixon out. They also will be without punter and holder Kevin Huber.

The Titans also will be without defensive lineman Denico Autry, their sack leader. He hurt a knee in their win at Green Bay on Nov. 17.