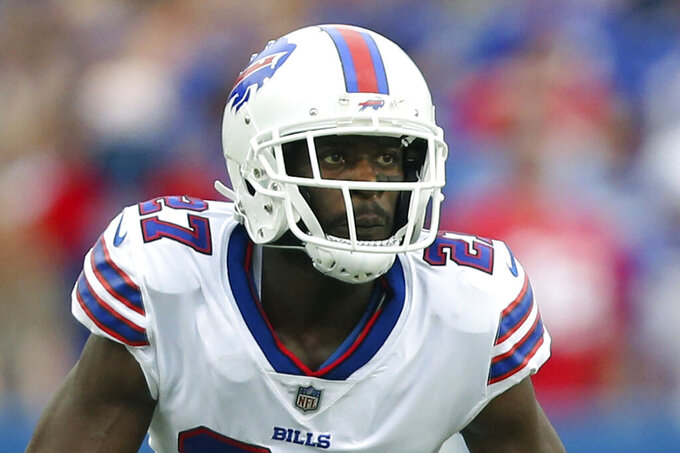 ORCHARD PARK, N.Y. (AP) — The Buffalo Bills intend to activate cornerback Tre’Davious White to their 53-player roster this week some 11 months after the starter tore a ligament in his left knee.

Coach Sean McDermott made the announcement Monday while saying it’s uncertain as to whether White will play in Buffalo’s game at the New York Jets on Sunday.

White opened the season on the physically unable to perform list before being cleared to practice three weeks ago. Under NFL rules, the Bills have until Wednesday to add White to the roster or place him on season-ending injured reserve.

White has been a starter since the Bills selected him in the first round of the 2017 draft, and was selected to the All-Pro team in 2019. He was hurt during a 31-6 win at New Orleans on Nov. 25.

His return will add a veteran presence to a young defensive secondary for the AFC-leading Bills (6-1), who have matched their best start through seven games of a season since 1993.

Third-year cornerback Dane Jackson, who finished last season replacing White, has started at one spot. Rookies Kaiir Elam and Christian Benford have split time at the other starting position, which was open after Buffalo lost Levi Wallace in free agency in March.