Bridgewater ready to be a starting QB again in Carolina 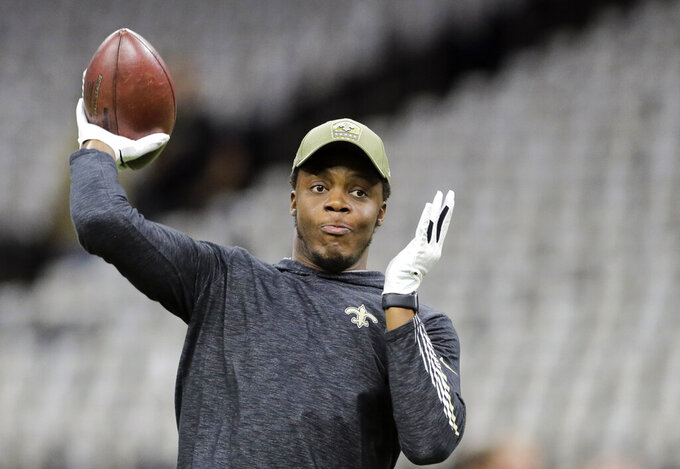 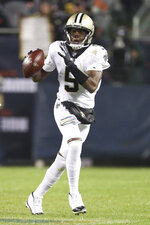 He can't even meet them because of the coronavirus pandemic.

But the Panthers' new $63 million quarterback is trying to get to know the tendencies of guys such as Christian McCaffrey, D.J. Moore and Curtis Samuel by simulating playing with them on Madden video games.

“Realizing how awesome they are in video games, it's like ‘Man, I can’t wait to see these guys in person,'" Bridgewater said Thursday in a video conference call while practicing social distancing from his home in Miami. "I can’t wait until we can get going in person. But until then I will just use video games.”

Bridgewater has learned to be a patient man.

It's been five years since he entered an NFL season as a starting quarterback.

His budding career was sidetracked in August 2016 when he suffered a torn ACL and other structural damage including a dislocation of the knee joint, during a non-contract drill in practice.

He only threw two passes over the next two seasons, and has started just six games in the past four seasons combined with the Vikings and Saints.

But five of those — all of them wins — came last season while filling in for the injured Drew Brees in New Orleans. It was enough to convince Carolina general manager Marty Hurney to release longtime starter Cam Newton — a move that saved the team $19.1 million under the salary cap — and sign Bridgewater as a replacement.

Bridgewater, who is 22-12 as an NFL starter, said he's “extremely confident” he can get back to the level he was playing at in Minnesota in 2015 — and maybe beyond. He said his experience in the league makes him better prepared to lead.

“I’m not a young, rookie signing trying to tell grown men what to do,” Bridgwater said.

He called the knee injury “part of a race," but insists it won't define him.

“Life is a race,” Bridgewater said. "We all have to run our own race. Within that race we all have to focus on ... our lane. Me, at the time, I had stumbled in my lane. It is a race I haven’t finished. I’m back in the race, and it’s a great feeling to be back in it.’’

In Carolina, he will be reunited with offensive coordinator Joe Brady, with whom he worked closely alongside during the 2018 season in New Orleans. When Brady left to help LSU win a national championship last season, they stayed in touch having struck up a common bond given their South Florida backgrounds.

“Joe is the guy who worked with me after practice, pregame; he’s the guy who took me through drills," Bridgewater said. "He just stayed after it with me. It’s great to have a guy like him.’’

But Bridgewater knows he faces an uphill battle with the Panthers, a team that appears to be in major rebuilding mode under first-year head coach Matt Rhule.

Carolina has parted ways with Newton, guards Trai Turner and Greg Van Roten and tight end Greg Olsen on offense. Defensively, six starters have either been released or signed with other teams in free agency, and perennial All-Pro linebacker Luke Kuechly retired.

Bridgewater will also compete in a division that includes three potential Hall of Fame quarterbacks in Tom Brady, Brees and Matt Ryan, which he called "elite company."

“I feel like I am the only one who hasn’t proved himself in this league," Bridgewater said. "I feel like there is an opportunity for me. Being in a division with two guys who won MVPs and two guys who won Super Bowls, that is a great feeling to be among those guys. I just have to work hard to try to get up to those guys’ level.”

Bridgewater disagrees with those who see the Panthers as a long way away from contention.

“I’m a winner," Bridgewater said. “Everywhere I’ve gone I’ve won, and I take pride in that. That’s the reason I’m in games, to win.”