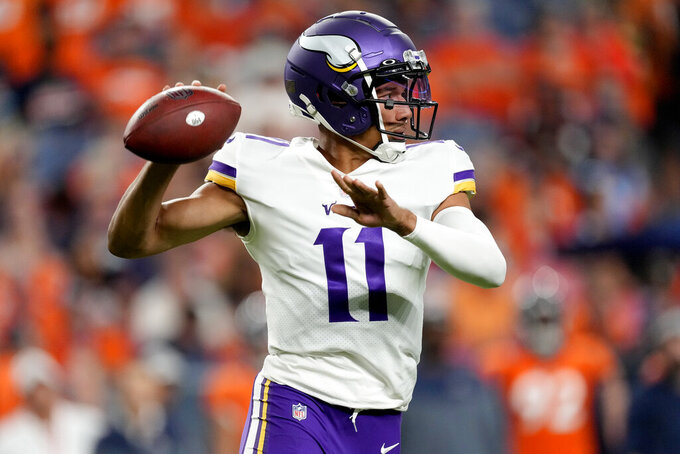 The Browns claimed Mond off waivers on Wednesday from the Minnesota Vikings, placing the second-year QB third on their depth chart behind fill-in starter Jacoby Brissett and backup Joshua Dobbs.

“What we’re trying to do and what Andrew’s trying to do is make sure we have developmental players,” coach Kevin Stefanski said. "Somebody that we evaluated a couple years ago, so bring him in and see what we have.”

Mond was released after one season with the Vikings, who selected him in the third round last year from Texas A&M.

Cleveland's quarterback situation has been in almost constant flux this summer with Deshaun Watson leaving the team Tuesday to begin serving his 11-game NFL suspension for alleged sexual misconduct.

The 6-foot-3, 212-pound Mond played in one game for the Vikings last season, completing two passes for 5 yards. His chance to win Minnesota's backup job effectively ended last week when the Vikings acquired former Browns quarterback Nick Mullens in a trade with the Las Vegas Raiders.

The 23-year-old Mond finished 29 of 51 passes for 303 yards in the preseason with two touchdowns and two interceptions. He was sacked five times.

He'll get a fresh start with the Browns.

“We’ll get him in here tonight and I’ll shake his hand tomorrow and start teaching him the offense,” Stefanski said.

The Browns signed Rosen early in training camp to compete with Dobbs for the backup job. Cleveland was Rosen's fourth team in four years after being drafted by Arizona with the No. 10 overall pick in 2018.