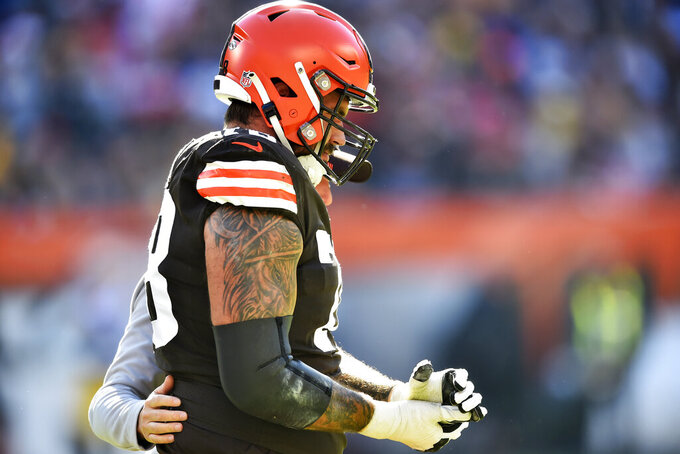 Conklin got hurt in the second quarter of last weekend's 15-10 loss to the Pittsburgh Steelers. He had just returned after missing two games with a knee injury.

Blake Hance will start for Conklin on Sunday as the Browns (4-4), who have had a distracting week with star wide receiver Odell Beckham Jr.'s impending release, visit the Cincinnati Bengals (5-3).

Any player placed on IR must miss a minimum of three games, but it's possible Conklin could be out longer. Earlier this week, coach Kevin Stefanski said he expected Conklin to return at some point this season.

Conklin has had a major role in Cleveland's success in the run game. He signed a three-year, $42 million free agent contract before last season after four years with Tennessee.