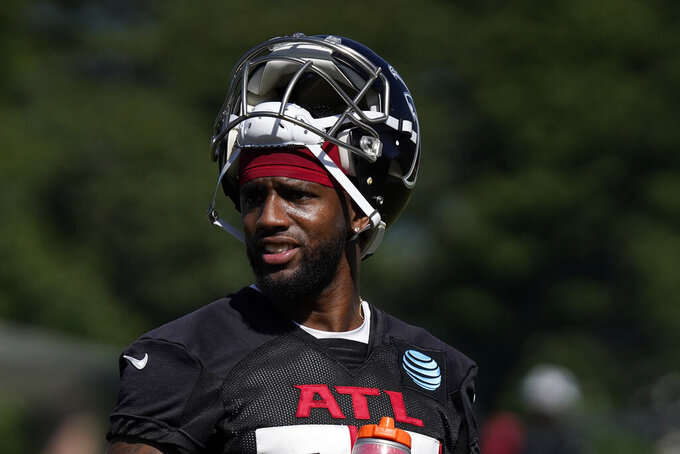 FLOWERY BRANCH, Ga. (AP) — One season of bottom-rung defense was too much for Dean Pees.

Pees, the Atlanta Falcons' veteran defensive coordinator, is making sure his players know he won't stand for another season like 2021, when Atlanta finished 7-10. Only two NFL teams allowed more points than the Falcons. No team had fewer sacks.

The 72-year-old Pees is entering only his second season in Atlanta, but he already has grown tired of seeing the defense underperform.

“I'm sick of that crap,” Pees said Saturday during a fiery rant about “changing the culture around this daggum place.”

Led by first-year coach Arthur Smith, the Falcons couldn't avoid their fourth consecutive losing season. They are picked by many to fall closer to the bottom of the league standings in 2022.

While much attention has been paid to the new names at quarterback — veteran Marcus Mariota and rookie Desmond Ridder — the fate of the Falcons could rest with their defense.

Pees knows that even some of his players would settle for a climb to just the middle of the defensive standings. The suggestion of accepting mediocrity is enough to make his voice rise.

Pees previously was the defensive coordinator for New England, Baltimore and Tennessee.

“It all starts in practice in camp right now, just building the chemistry, building trust, just going out there and dominating any period in practice,” Terrell said. “Just holding each other accountable, making the plays that come our way. ... We’re on the right path.”

Pees promised he will start the most deserving player, regardless of salary or experience.

“All I know is the best 11 guys are going to go out there on the field,” Pees said, adding he wants “the best 11 guys that are hungry and want to play. And if one of those guys isn’t making a lot of money? Tough, get the hell out. I’ve done it before.”

The Falcons had their first practice in pads on Monday but didn't wait that long to pick up the intensity. Coach Arthur Smith and his assistants had to break up two fights in Saturday's session.

Pees said he liked the spirit. He said he wanted to see fight from his players, before adding, “I don’t want them to fistfight.”

“Sometimes you’re going to get in a few scuffles when stuff starts getting competitive,” he said. “That’s what you want. You don’t want guys sitting back and being passive. That’s football. ... It’s a tough sport. You want guys who want to compete.”

“I'd much rather have people you need to pull back than people that you’ve got to push,” Smith said. "This team is competitive as hell and that’s a fun group to coach.”

NOTES: General manager Terry Fontenot refused to compare the six-game suspension given Cleveland Browns quarterback Deshaun Watson Monday after he was accused by two dozen women in Texas of sexual misconduct during massage treatments to the one-year suspension given Falcons WR Calvin Ridley for betting on games. “That's a league matter,” Fontenot said. “... We focus on the things we can control and don’t really waste our time or energy on things we can’t control.” ... There is no update on the status of LB Deion Jones, who opened training camp on the physically unable to perform list following offseason shoulder surgery. ”We haven’t put a timetable on it, but he’s working with the trainers and getting himself ready," Fontenot said.