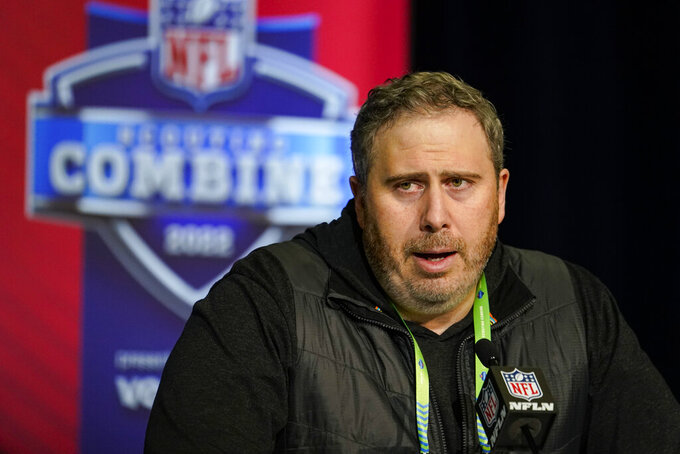 Looking to bolster its pass rush, the Falcons announced Tuesday they have signed the outside linebacker to a one-year contract.

Carter, who grew up in suburban Atlanta, was selected by the New York Giants in the third round of the 2018 NFL draft. The previous season, he starred on Georgia's team that reached the national championship game before losing to Alabama.

The 6-foot-5, 255-pound Carter played in 49 games for the Giants, with 33 starts. Last season, he had a career-best five sacks, along with eight quarterback hits, two forced fumbles and one fumble recovery in 14 games.

The Falcons had only 18 sacks last season, fewest in the league. Their sack leader, Dante Fowler Jr. with 4.5, was released. No one else from last year's team had more than two sacks.

Atlanta also confirmed the re-signing of all-purpose star Cordarrelle Patterson, who agreed last week to stay with the Falcons for a two-year, $10.5 million deal.