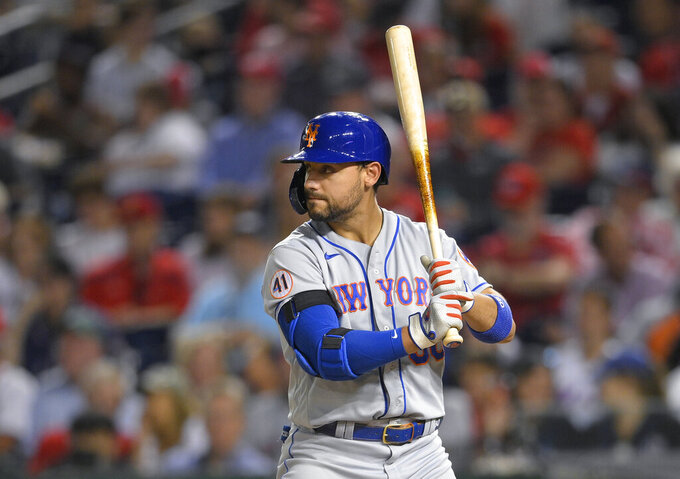 NEW YORK (AP) — Free-agent outfielder Michael Conforto will miss the entire season after having surgery on his right shoulder.

Conforto is expected to make a full recovery and return to the field in spring training next year, Boras said.

The New York Post was first to report that Conforto had surgery.

The 29-year-old Conforto spent his first 6 1/2 major league seasons with the New York Mets before becoming a free agent last fall. He turned down an $18.4 million qualifying offer from the Mets in November.

By Dennis Waszak Jr. 18 minutes ago
By Greg Beacham 2 hrs ago
By Tom Withers 6 hrs ago
By Rob Maaddi 20 hrs ago
By Mark Anderson 21 hrs ago