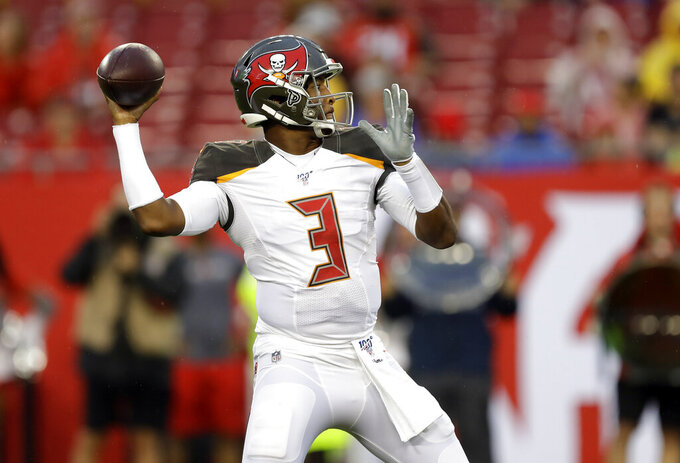 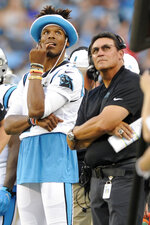 The NFC South's reputation as the NFL's most balanced division has taken a hit.

The New Orleans Saints' two-year run as division champion, including a dominant showing in 2018, has left other teams eager to prove there is still competitively even in the South.

The NFC South's depth was impressive in 2017, when the Saints, Falcons and Panthers made the playoffs. Last year was different. Led by quarterback Drew Brees and running back Alvin Kamara, the Saints were the division's only team to finish with a winning record.

So much for parity.

"No, it didn't look like that in the final standings," said Falcons coach Dan Quinn. "I'm hopeful that is an outlier."

There is reason to expect restored balance in 2019. Proven playmakers at each of the four camps include Carolina quarterback Cam Newton, who will be handing off to Christian McCaffrey, one of the league's most dynamic backs.

"We want the division back," Newton said, referring to the Panthers' three straight NFC South titles in 2013-15.

Here are some more NFC South developments to watch for in 2019:

A third straight division title would represent merely the start of what the Saints hope to accomplish.

New Orleans likely would have been in the Super Bowl a season ago if not for what the NFL acknowledged were missed pass interference and helmet-to-helmet contact penalties committed by the Los Angeles Rams late in the NFC title game.

Defensive end Cameron Jordan said the playoff loss is motivation "to not only push yourself through the offseason, come in in the best shape of your life, push guys beside you and push guys behind you. ... It makes you better and stronger as a team."

Brees, 40, is coming off one of his most efficient seasons. Receiver Michael Thomas and Kamara return as his top targets. During camp, Brees also has quickly developed a connection with new tight end Jared Cook, acquired in free agency after a career year with Oakland.

Quinn has been cautious with key starters who are recovering from injuries. Safeties Keanu Neal and Ricardo Allen, linebacker Deion Jones and running back Devonta Freeman were among players on Atlanta's injured reserve list in 2018. All appear to be ready for the regular season.

Meanwhile, wide receiver Julio Jones has missed all preseason games for the second straight year as he recovers from a foot injury. Jones led the NFL with 1,677 yards receiving in 2018.

It's a crucial season for Quinn. He also lost both starting offensive guards to season-ending injuries last season. The long injury list led to a 7-9 finish and Quinn fired all three coordinators. He has taken over the defense while bringing back two former Atlanta assistants, Dirk Koetter and Mike Mularkey, as offensive coordinator and tight ends coach, respectively.

The Panthers will go as Cam Newton goes in 2019.

Newton was plagued by shoulder issues last season and struggled throwing the ball more than 20 yards downfield in the second half of the season as Carolina lost seven of its final eight games after a 6-2 start.

Newton's arm strength appears to have returned following offseason surgery. He has more weapons to work with on offense, so he no longer needs to be Superman. Curtis Samuel could emerge as Carolina's No. 1 receiver. Tight end Greg Olsen is back after broken bones in his foot kept him out of 16 games the last two seasons.

Defensively, the Panthers have switched to a 3-4 alignment, adding Gerald McCoy up front. The team selected outside linebacker Brian Burns in the first round in hopes of bolstering the pass rush following the retirement of Julius Peppers and the decision to let outside linebacker Thomas Davis walk in free agency.

LOOKING FOR A WINNER

Tampa Bay brought coach Bruce Arians out of retirement to end the Buccaneers' 11-year streak without a playoff appearance.

The Buccaneers have finished last in the division eight of the last 10 years. If Arians, 66, can help quarterback Jameis Winston put up consistent production while cutting down on mistakes, Tampa Bay has a chance to move up in the division.

Arians, the former Arizona coach, said one reason he was lured out of his one-year retirement was the chance to work with Winston. Arians has a long record of success with quarterbacks. Winston, who has 58 interceptions in 56 career games and served a three-game suspension in 2018 for violating the NFL's personal conduct policy, could be the coach's biggest challenge.