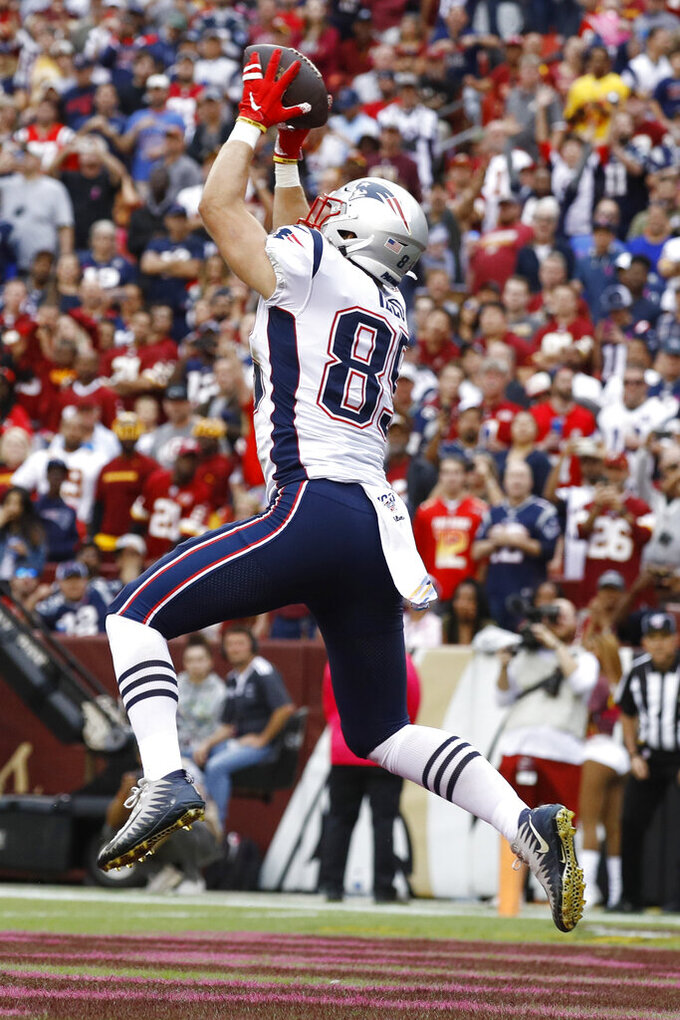 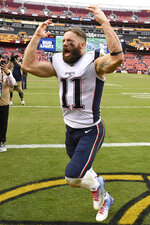 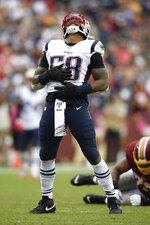 FOXBOROUGH, Mass. (AP) — Following a 16-10 win at Buffalo in Week 4, questions began to crop up about the New England Patriots' offense that struggled to get the ball in the end zone in their first serious test of the season.

The Patriots had the perfect opponent in Week 5 to have a bounce-back game.

New England's offense dominated in a 33-7 thumping of the Washington Redskins on Sunday , getting contributions from both the passing and rushing games.

It complemented a defense that continues to force turnovers and make it difficult for opponents to get in the end zone.

Receiver Josh Gordon, who added five catches for 59 yards in Sunday's win, said getting a season-best 130 yards out of the rushing game was big for everyone's confidence.

"The game is easier when you're running the ball," Gordon said. "The routes become easier, not nearly as tired and morale is high. We're just happy the offensive line was pushing downfield and the running backs were running hard. It's good ol' fashion football and when you're playing the game, you love to see it."

The caveat is that four of New England's victories have come against teams that are a combined 1-17 (Steelers, Dolphins, Jets, Redskins). Still, two of the three previous times the Patriots won their first five games during the Belichick era they went on to the Super Bowl.

New England won its third Lombardi Trophy during the 2004 season. And following a 16-0 regular season in 2007, it took David Tyree's helmet catch in the waning moments of the Super Bowl that season to deny the Patriots another championship.

The Patriots have four games before their bye week and only one of those opponents — 3-2 Baltimore — is currently above .500. It gives New England a very realistic chance of moving to 9-0 before diving in a much tougher second half of the season that includes matchups against the Eagles (3-2), Cowboys (3-2), Texans (3-2) and Chiefs (4-1).

Linebacker Dont'a Hightower, who led the team with eight tackles and 1½ sacks on Sunday, said New England's defense is expecting to shut down opposing offenses.

So far it has, allowing an NFL-low 6.8 points per game. The Patriots have also yet to give up a passing touchdown.

The offensive line did a much better job keying the run, but Brady was sacked four times in the first half. He hadn't been sacked that many times in a regular-season game since Week 3 of the 2017 season.

Tight end Ryan Izzo had only two catches for 39 yards, but one was for a 10-yard touchdown in the fourth quarter. It was the first TD catch for a Patriots tight end this season.

Kicker Mike Nugent didn't make the best first impression in his debut in place of Stephen Gostkowski, who was placed on injured reserve last week. Nugent missed his first extra point attempt following New England's first touchdown. He also needed an assist from the upright to make another one. For the game he connected on both of his field-goal attempts and was 3 of 4 extra points.

Gostkowski missed four extra points in four games before going on IR. With Nugent's miss that's five misses in five games. New England signed Younghoe Koo to the practice squad as well last week, so it's possible he could get a closer look from coaches this week.

Eight. That's the number of third down conversions New England's defense has allowed this season. Washington was held to 1 of 11 on third down, Buffalo to 2 of 13, the Jets had zero third-down conversions, Miami two and Pittsburgh three.