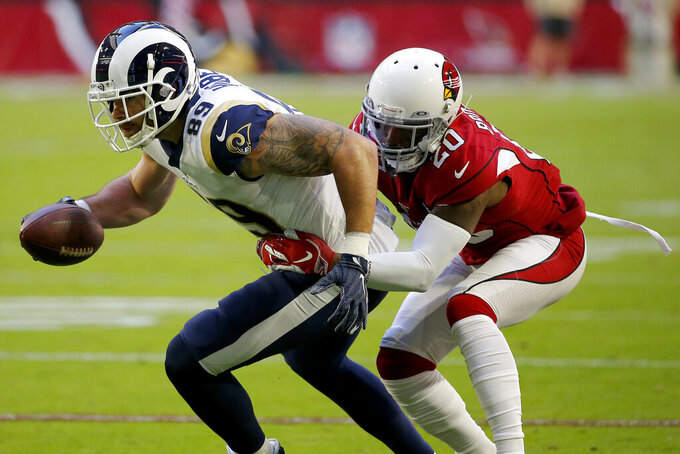 NASHVILLE, Tenn. (AP) — The Tennessee Titans have claimed cornerback Tramaine Brock off waivers from the Arizona Cardinals and have waived center Hroniss Grasu.

Adding Brock should boost the depth of a Titans secondary that has been hit hard by injuries.

Cornerback Adoree Jackson hurt his leg in a 31-17 victory over the Indianapolis Colts on Sunday. Cornerback LeShaun Sims missed the Colts game with an ankle injury.

Brock played 10 games for the Cardinals this season and had 37 tackles.

The 6-foot Brock has played 113 games over 10 seasons in the NFL with the San Francisco 49ers, Minnesota Vikings, Denver Broncos and Arizona. He has 11 career interceptions and 246 tackles.

The Titans (7-5) have won three straight heading into Sunday’s game at Oakland (6-6).