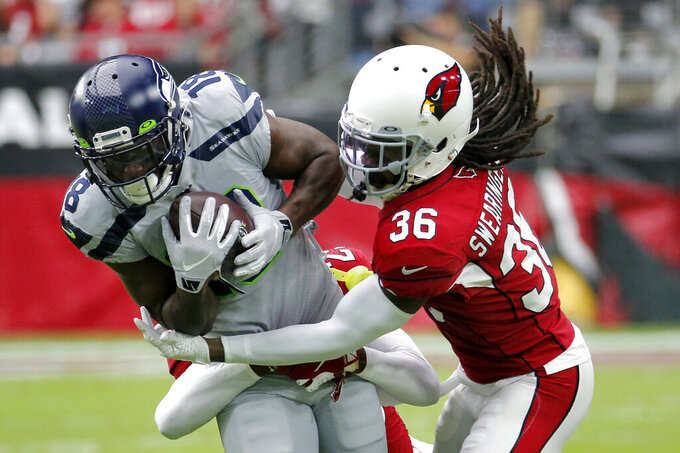 TEMPE, Ariz. (AP) — The Arizona Cardinals have released starting safety D.J. Swearinger after a disappointing start to the season.

The seven-year veteran played in all four games this year and was fourth on the team with 28 tackles. The 28-year-old has also played for the Houston Texans, Tampa Bay Buccaneers and Washington Redskins during his career.

The Cardinals (0-3-1) are off to a slow start and the secondary has given up several big plays. Arizona tied the Detroit Lions in the season opener but has since lost three straight games to the Baltimore Ravens, Carolina Panthers and Seattle Seahawks.