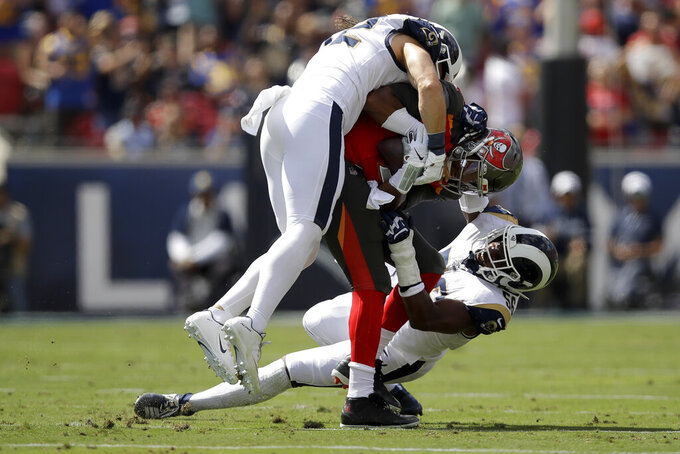 THOUSAND OAKS, Calif. (AP) — Los Angeles Rams linebacker Clay Matthews is expected to be out for four to six weeks with a broken jaw.

Matthews was hurt when Seattle running back Chris Carson inadvertently kicked him in the face during the fourth quarter of the Rams' 30-29 loss to the Seahawks last Thursday. Matthews' jaw has been wired shut, McVay says.

Matthews has six sacks in his first five games with the Rams, who signed the 33-year-old pass rusher to a two-year contract in the offseason. Matthews had spent the past decade with Green Bay.