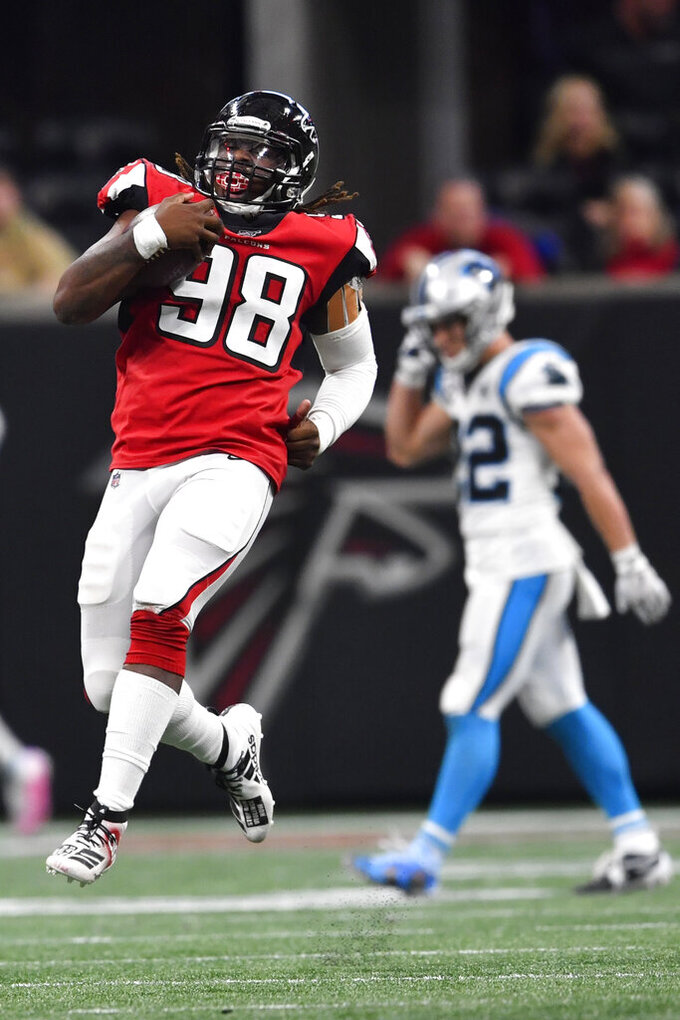 Atlanta Falcons defensive end Takkarist McKinley (98) celebrates on a defensive play against the Carolina Panthers during the second half of an NFL football game, Sunday, Dec. 8, 2019, in Atlanta. (AP Photo/John Amis) 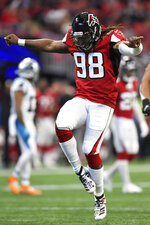 FLOWERY BRANCH, Ga. (AP) — Falcons defensive end Takk McKinley is out for the final two games of the season with a shoulder injury.

Coach Dan Quinn confirmed Monday that McKinley will go on season-ending injured reserve after leaving Atlanta's upset win at San Francisco midway through the first quarter. He did not return to the game.

McKinley, the 26th overall draft pick of 2017, was injured as he chased down San Francisco running back Raheem Mostert toward the sideline. He fell down and was quickly escorted to the locker room.

It's the third time in his career that McKinley has endured a significant shoulder injury. He has previously undergone surgery on both shoulders.

Quinn said the Falcons (5-9) expect to have defensive ends Allen Bailey and rookie John Cominsky back for this week's home game against Jacksonville (5-9). Bailey was absent last week for personal reasons. Cominsky, a fourth-round draft pick, has been sidelined since a Week 8 loss to Seattle with an ankle injury.

Quinn added that defensive end Vic Beasley will likely be on the injury report this week, but is expected to be ready for the game.