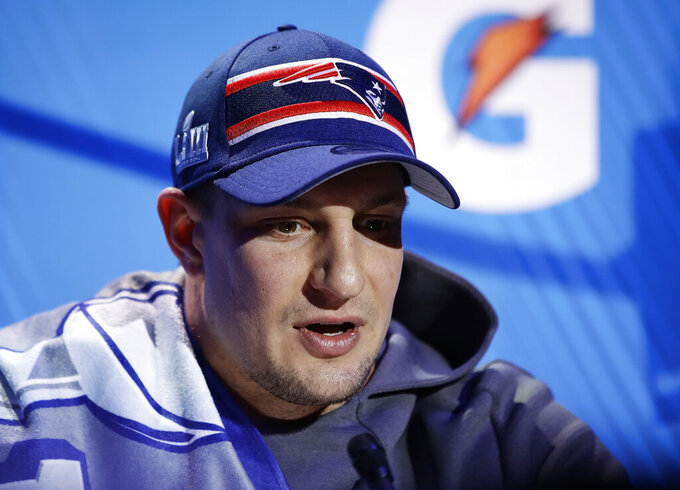 ATLANTA (AP) — It might have zero bearing on Sunday's Super Bowl, in which the Patriots are a 2½-point favorite over the Rams. Still, on Tuesday night, Los Angeles All-Pro running back Todd Gurley had the upper hand against New England star tight end Rob Gronkowski.

Gurley beat Gronkowski 21-6 in a Madden NFL 19 Super Bowl 53 preview as part of Xbox Sessions: Game Before The Game. Some interceptions and a missed extra point did in Gronkowski in the contest.

"Safe to say that game went good, I got to meet Gronk and hang out with him playing the game," said Gurley, who led real football in scoring this season with 21 touchdowns. "Honestly I had one of my best Madden games I've ever had. I don't know how I did it, but (Rams quarterback Jared) Goff came through in the clutch for me. It was a great time."

Not so much for Gronkowski, who wasn't exactly Tom Brady at the controls in the video version of the Super Bowl.

"I got to come out better on Sunday for sure."

Gurley and Gronk appeared at the VIP Microsoft Lounge, where they were cheered on by some wildly enthusiastic fans. The good-natured but intense battle isn't likely to have a similar final score given the powerful offenses on both sides, and how NFL teams have lit up the scoreboard all season.

"We feel great about it because we're keeping the same mentality we have every game," said Gronkowski, whose Patriots are in their third straight Super Bowl and seek their sixth title. "It's about us doing our job, as coach says, and that's what we're prepared to do."

For Super Bowl newcomer Gurley — the Rams last made the game in 2000 when they represented St. Louis — this isn't just a chance for a championship. It's a homecoming.

"This is exciting, we're out here in ATL for Super Bowl 53 playing against one of the greatest quarterbacks of all time," Gurley said. "It's exciting to be back in Georgia where I went to school.

Particularly if his Rams are as successful as Gurley was against Gronk.