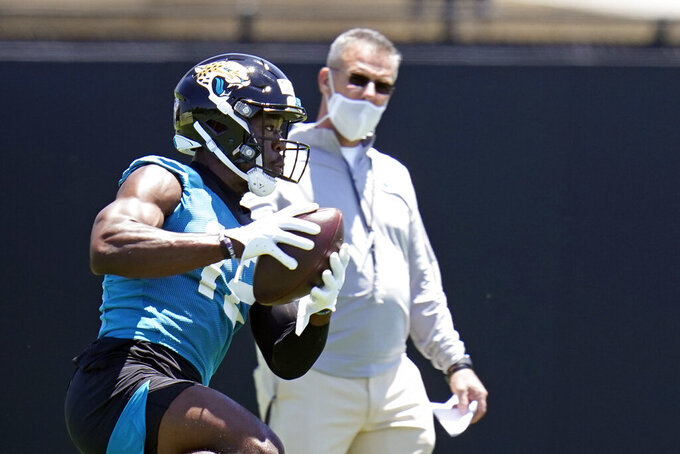 A fifth-round pick from Temple in 2019, Armstead was hospitalized twice and dealt with respiratory issues. The team said last season he was expected to make a full recovery.

Armstead became expendable after the emergence of running back James Robinson in 2020. The Jaguars also signed veteran Carlos Hyde in free agency and selected Clemson standout Travis Etienne with the 25th overall pick in the draft.

Camp was the 209th overall choice. He played in 49 games at Georgia Tech, finishing his college career with 48 catches for 808 yards and five touchdowns.