Josh Jones not in attendance at Packers' OTAs 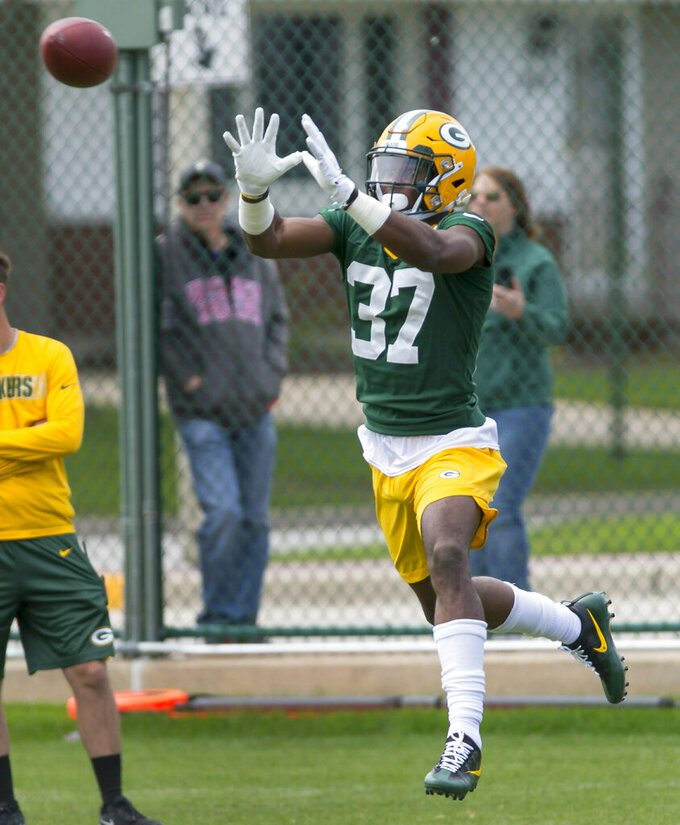 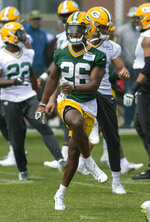 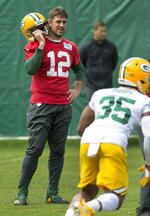 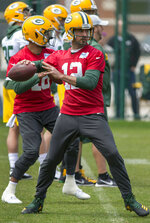 GREEN BAY, Wis. (AP) — The Packers would love nothing better than to put an offseason of turmoil behind them.

Not so fast: Safety Josh Jones reportedly wants a trade.

With just about everyone on the 90-man roster present on Tuesday for the second day of the team's voluntary organized team activities, Jones was not in attendance.

The team signed veteran safety Adrian Amos in free agency and traded up in the first round to select safety Darnell Savage.

"I have not talked to him," new coach Matt LaFleur said after practice. "I'm just going to focus on the guys that are here. That's something that I know Gutey (general manager Brian Gutekunst) has a good handle on that situation."

A second-round pick in 2017, Jones has been a regular part of the Packers' defense as a safety and linebacker. Following the signing of Amos, Jones spoke eagerly of competing for the other starting position.

"The opportunity is there. It's always there," Jones said at the April minicamp. "I look at it as, every day is an opportunity to improve mentally and physically. This is all about seizing what's in front of me. I'm not thinking about the future. I'm in the present. I just chop wood each and every day and the rest will take care of itself."

"The guys that want to be here are going to be here," quarterback Aaron Rodgers said after practice.

"We love Josh. He's been a great addition to our locker room and made some great plays on the field for us, but he's got to take care of himself right now.

"If that's the way he wants to go, then I wish him well and enjoyed the time with him. Hopefully, he comes back in here and competes and we get to see him."

Rodgers is in the middle of his own competition. No, not for the starting quarterback job. Rather, it's competing with fellow quarterbacks DeShone Kizer, Tim Boyle and rookie Manny Wilkins in learning LaFleur's offense.

"Tim's been kicking my butt a little bit with some of the formation tests, so I've had to do some extra studying to get on top of a few of those," Rodgers said.

"It's reps. It doesn't matter what offense you're in, whether it's a new offense or an offense you're second or third year in, it's all about reps and getting more reps with the plays. I'm a rep guy. I need the reps, just like those guys do."

In being the team's starting quarterback from 2008 through 2018, Rodgers had only one head coach — Mike McCarthy — one offense and one set of fundamentals. Now, like everyone else, Rodgers is in learning mode in what's generally been a stress-free time of year.

LaFleur, who quickly rose up the coaching ranks by working with the likes of Atlanta's Matt Ryan and the Rams' Jared Goff, is enjoying working with his latest pupil. They've been in "alignment on everything" they've talked about from schematics to footwork, LaFleur said.

"He's fun to be around," LaFleur said. "You can see how much fun he has out on that field, but we've had a lot of good conversations and I think we're growing together. The more time that we can spend together, I think we'll have a better feel for each other. Certainly, it's been a lot of fun up to this point."

NOTES: Jones, veteran TE Marcedes Lewis and rookie LB Greg Roberts were the only players not in attendance. ... WR Davante Adams was held out of practice for what LaFleur called "precautionary" reasons. ... Without Jones, Amos and Savage were the No. 1 safeties. ... Free-agent addition Billy Turner is getting the first opportunity at the starting job at right guard. ... The Packers will practice again in front of fans on Wednesday, May 29.