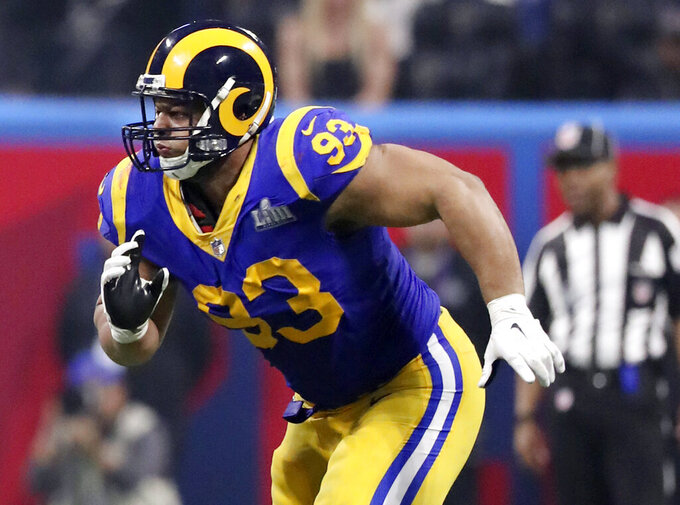 Suh, who helped the Rams make the Super Bowl last season, has agreed to terms with the Buccaneers as a replacement for Gerald McCoy.

McCoy was released earlier this week after nine seasons with the Bucs, who selected him third overall in the 2010 draft — one spot after Suh was taken by the Detroit Lions.

Comparisons between the defensive tackles began when they were rivals in college, with McCoy played at Oklahoma and Suh for Nebraska. Both have worn No. 93 as pros, McCoy is a six-time Pro Bowl selection with 54 1/2 sacks in 123 career games, while Suh's a three-time All-Pro who's been picked for the Pro Bowl five times and has 56 sacks in 142 games with the Lions, Miami Dolphins and Los Angeles Rams.

They also established themselves among the best at their position in the NFL with contrasting styles, with Suh gaining a reputation as a dirty player because of several on-field incidents, McCoy often drawing criticism from Tampa Bay fans who complained he was too nice to opponents.

Suh, who also played for Miami, made $14 million on a one-year contract last season in Los Angeles. He'll make about $4 million less with the Bucs, who also freed up money to pay some of the club's unsigned draft picks by dumping McCoy's $13 million salary for 2019.