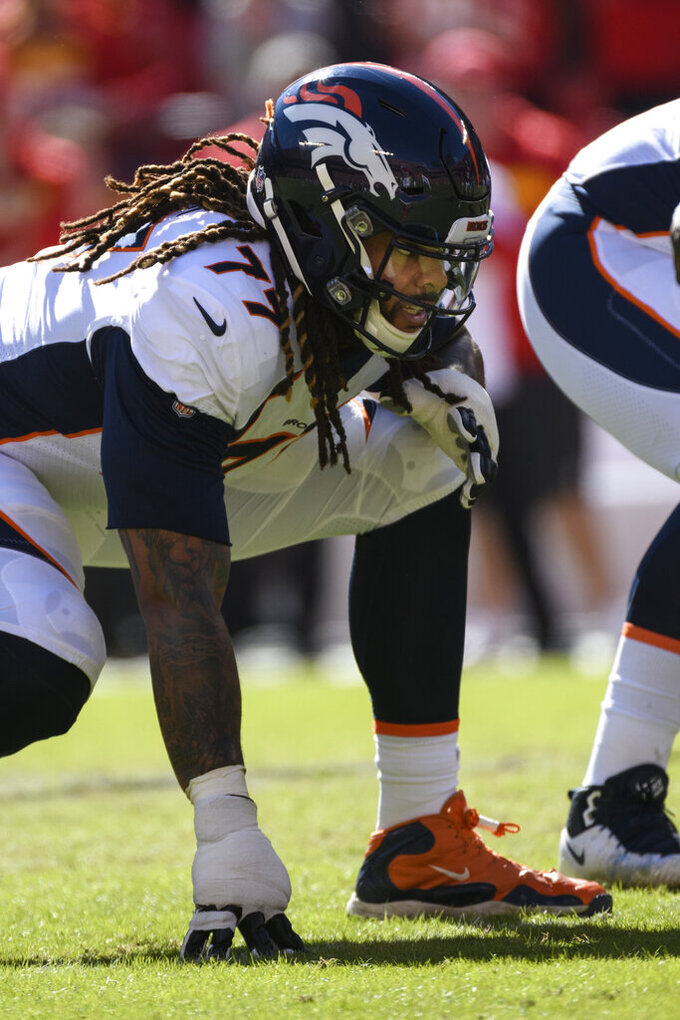 FILE - In this Oct. 28, 2018, file photo, Denver Broncos offensive tackle Billy Turner (77) gets set at the line of scrimmage during an NFL football game against the Kansas City Chiefs in Kansas City, Mo. The Green Bay Packers agreed to $183 million worth of contracts Tuesday, March 12, 2019, with edge rusher Za’Darius Smith, linebacker Preston Smith, safety Adrian Amos and offensive lineman Billy Turner. The signings should improve a defense that ranked 18th in the NFL in 2018 and add some more protection for quarterback Aaron Rodgers. (AP Photo/Reed Hoffmann, File) 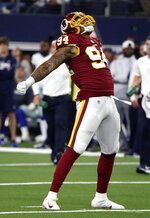 After missing the playoffs in back-to-back years, the Green Bay Packers are spending big in free agency to try to get back the postseason.

The Packers agreed to $183 million worth of contracts Tuesday with edge rusher Za'Darius Smith, linebacker Preston Smith, safety Adrian Amos and offensive lineman Billy Turner. The signings should improve a defense that ranked 18th in the NFL in 2018 and add some more protection for quarterback Aaron Rodgers.

Za'Darius Smith is getting the biggest deal: $66 million over four years with $34.5 million in the first two years, according to his agency, SportsTrust Advisors. Smith, 26, led the Baltimore Ravens with 8½ sacks last season — including three in one game against Tennessee — and has 18½ in his 58-game career.

Smith is one of four defenders the Ravens have already lost in free agency, along with linebackers C.J. Mosley (Jets) and Terrell Suggs (Cardinals) and safety Eric Weddle (Rams). The money Smith got from Green Bay was too high for Baltimore to consider matching.

"Unfortunately for us, the market is irrational at times, and we can't be held responsible for what other teams want to pay," Ravens general manager Eric DeCosta said. "All we can do is try to negotiate in good faith with agents and the players."

The Packers certainly aren't afraid to pay for upgrades.

Preston Smith agreed to a $52 million, four-year contract with $16 million guaranteed, according to a person with knowledge of the move. Smith, who had four sacks last season with the Washington Redskins, tweeted "Blessed beyond measures" with cheese emojis and the hashtag #GoPackGo after agreeing to his deal.

The Smiths should upgrade a Green Bay pass rush that was third to last in the league in QB hits last season. General manager Brian Gutekunst is making changes there, too, as the team released 28-year-old linebacker Nick Perry after 81 games in seven seasons.

"We want to thank Nick for his contributions to the Green Bay Packers and the community over the last seven seasons," Gutekunst said. "He did a tremendous job on the field, was a great teammate and a true professional."

Amos agreed to a $37 million, four-year contract, according to a person with knowledge of the move. Amos, 25, started all 16 games for the NFC North-rival Chicago Bears last season and had two interceptions.

Turner gets a $28 million, four-year contract, according to a person with knowledge of the move. Turner, 27, started four games at left guard and seven at right tackle for the Denver Broncos last season and brings versatility to a unit that used nine linemen in 2018.

The people spoke to The Associated Press on condition of anonymity because the contracts cannot become official until the new league year opens Wednesday.