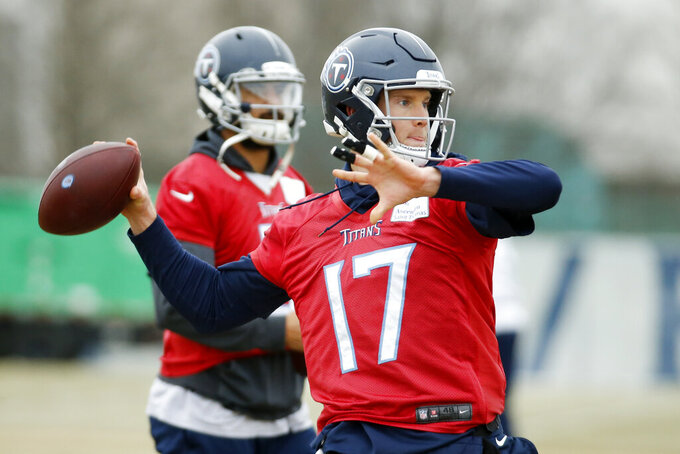 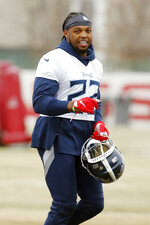 The Titans went a measly 8 of 18 on field-goal attempts during the regular season, easily the league's worst making only 44.4%. Greg Joseph, their fifth different kicker this season, has yet to even attempt a field goal through his four games with Tennessee, and the Titans haven't made a kick in six games.

It's been so long that fans are starting to worry if the newest kicker will be able to come through when the Titans need a kick with the stakes and pressure only rising with each passing week. Joseph, signed off Carolina's practice squad Dec. 18, insists he'll be ready if and when coach Mike Vrabel yells at him.

Why? Well, he's made all 15 extra points, which is essentially a 33-yard field goal these days.

The Titans (11-7) were the NFL's best scoring inside an opponent's 20 during the regular season, getting touchdowns 75.6% of their trips. That rate has been even better since Ryan Tannehill became the starting quarterback with the Titans scoring 31 TDs on 35 trips into the red zone for an 88.6% pace.

“I continue to ask Greg, I’m like, ‘You’re going to make them right,’ and he’s like, ‘Yeah, absolutely,’ and so I said, ‘We’re not planning on using you. We just practice extra points all day,’ and that's really something that we've been able to do,” Vrabel said.

The Titans haven't made a field goal since Ryan Succop connected on a 31-yarder in the third quarter of a win at Indianapolis on Dec. 1. Succop missed a kick in a win at Oakland, then had a 45-yarder blocked in a loss to Houston. The Titans put Succop back on injured reserve days later.

Tennessee lost in Week 2 to Indianapolis 19-17 when then-kicker Cairo Santos missed a 45-yard field goal, and the Titans cut Santos a day after he missed three field goals and had a fourth blocked in a 14-7 loss to Buffalo on Oct. 6. Coincidentally, that makes it easier to think touchdown over field goal.

“Well, that's one of our goals,” Tannehill said. “We talk about it every week is coming away with seven points when we're down there.”

Vrabel had an opportunity late in the wild-card win against New England to possibly let Joseph try a 52-yard field goal. Instead, his Titans took a couple of penalties before letting All-Pro punter Brett Kern and the coverage team pin the Patriots at their 11.

“The way that he's kicked the football on the extra points is a good indication that he's confident and that he's swinging it well,” Vrabel said. “And I think that if you look around the league, some kickers have missed as many extra points as they have field goals, and we know that that's a different kick now than what it was. So to me, those extra points are field goals.”

Joseph keeps practicing. He kicks field goals before games, at halftime and on the sideline anytime the offense gets close to field-goal range.