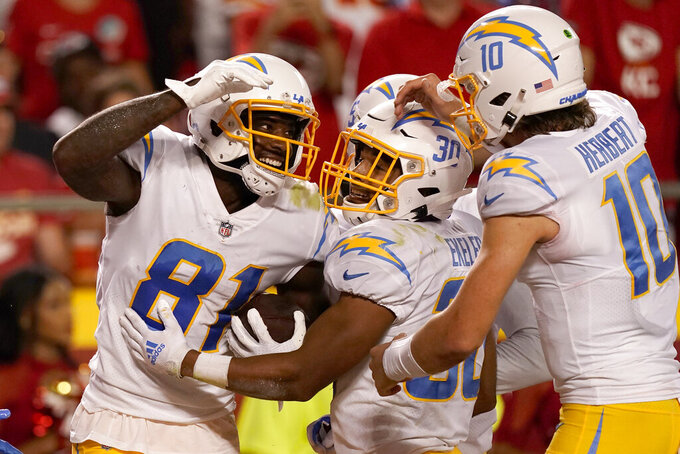 It’s already Week 3, and our favorite fantasy stars are finding ways to reach the end zone with startling regularity. These are my best bets to score in Week 3.

Cook has yet to find the end zone this season, but expect that to change this week when he faces the Lions. Our No.1 matchup for opposing RBs going into Week 3, the Lions have allowed the second-most points in the league so far this season (65). With -200 odds to score this week, Cook owners can rest easy.

Mixon’s opponent this week, the Jets, have been pretty soft all around on defense thus far in the season, but they’re particularly bad at defending the run. In fact, they’re our sixth-best matchup for backs this week. Mixon, No. 3 in TDs for RBs in 2021, has not scored yet this season, but he has -125 odds to find the end zone in Week 3. He’s also a top-five back in snap count rate this season (75.5%), so he’s going to get plenty of opportunities.

Chubb is the current leader among running backs in rushing TDs (three) this season, and he’s likely to keep up his momentum this week against the Steelers, our ninth-best matchup for opposing RBs this season. With favorable -200 odds to score and 41.28% TD dependency, Chubb is one of my best bets to get to the end zone this week.

Jefferson had a pretty pedestrian Week 2, only picking up 48 yards through the air, but he has -150 odds to score in Week 3. Cooper Kupp is the only other WR with those kinds of odds. Minnesota goes up against Detroit this week, and that's our best matchup for opposing WRs going into Week 3, so Jefferson’s top notch odds are warranted. With a 97% snap count going in and a 34.09% TD dependency, Jefferson is without a doubt one of my best bets to score this week.

Tied for second in the league for WR TDs (three) going into Week 3, Kupp continues to maintain a strong fantasy scoring profile. Facing Arizona this week, Kupp has a history of dominating the Cardinals, catching TDs in two of their past three meetings. Armed with -150 odds of reaching the end zone and an absurd 100% snap count percentage this season, Kupp is likely to score in Week 3.

Williams feasted in Week 2 with Keenan Allen sidelined, racking up 113 yards and a TD on eight catches. Allen is questionable again this week, so Williams is in for another heavy dose of targets should he sit. Even if he doesn’t, the Chargers’ opponent this week, the Jaguars are our seventh-best matchup for opposing WRs, so Williams is in line for considerable opportunities. With a 90% snap count over the season and a 32.79% TD dependency, Williams is a strong candidate to hit the end zone in Week 3.