After missing earlier drills, Jones is at Dolphins minicamp 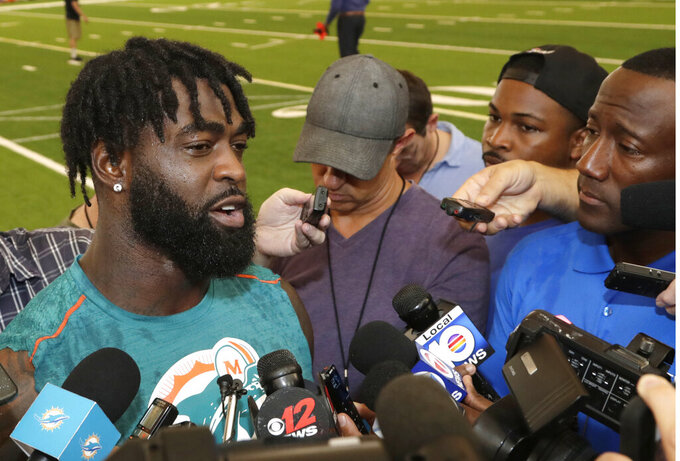 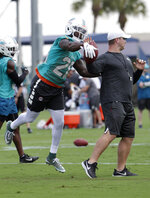 DAVIE, Fla. (AP) — Now that Reshad Jones has rejoined the Miami Dolphins, he says he hopes to play for them this season.

Not so, Jones said Tuesday.

"I'm here," he said. "I love this city, I love the fans. I'd love to be a part of the Dolphins organization."

Jones, the team's highest-paid player at $13 million this year, said he chose to work out on his own rather than attend voluntary team practices partly because he was recovering from offseason shoulder surgery.

"Voluntary mean voluntary, so I took the time to get physically ready to play a 16-game stretch coming off a surgery in February," he said.

Asked about his health now, Jones said, "I'm not 100%, but I'm close." He participated fully in the first of this week's three workouts that conclude the Dolphins' offseason drills.

"It's great to see him," Flores said. "He looks like he's in really good shape."

That's a given, Jones said.

"I don't really have to prove anything to anybody," he said. "I've been one of the best safeties in this league for a long time. I put the work in year in and year out. That's my pattern."

Other Miami players rehabbing injuries attended the voluntary practices. Flores shrugged off Jones' absences but has made no guarantees about his playing time.

Jones' role was an issue last year under coach Adam Gase. Jones took himself out of a midseason game against the New York Jets and watched the second half from the sideline, unhappy with a plan to rotate safeties.

Flores said he hasn't discussed that episode with Jones.

Jones said the Dolphins were OK with his decision to skip voluntary practices, and he looks forward to playing for Flores.

"We've had minimal relations, minimal talks, but I know he's a straightforward guy," Jones said. "He kept it real with me once we were communicating about me not being here."