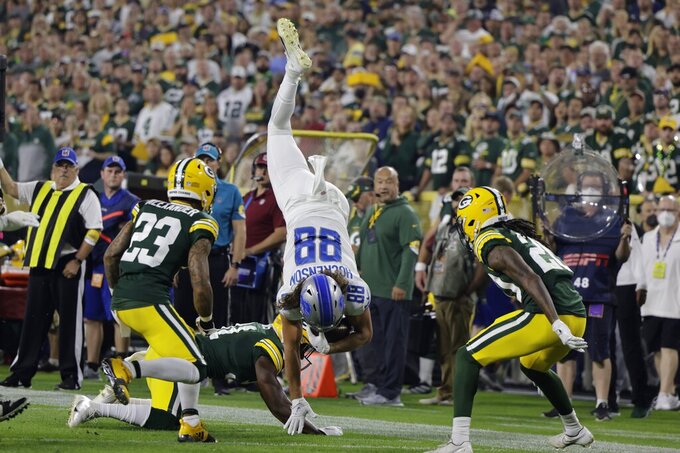 The Lions made the move along with signing linebacker Jessie Lemonier off the practice squad and activating kicker Austin Seibert from the COVID-19 reserve list.

Detroit was without tight end T.J. Hockenson and offensive tackle Penei Sewell on Wednesday. Hockenson missed the afternoon session because of a knee injury.

Sewell, the No. 7 overall pick in the draft, had an ankle injury during the Lions’ loss at Chicago on Sunday.

The Lions (0-4) are expected to give center Evan Brown his first career start in his three-year, four-team NFL career on Sunday at Minnesota (1-3). Detroit signed center Ryan McCollum from Houston’s practice squad to add depth at the position on Tuesday.

The Lions started the season with a slim margin for error and have been hurt by a slew of setbacks with key players.