Bills use Giants coach's remark as bulletin board material 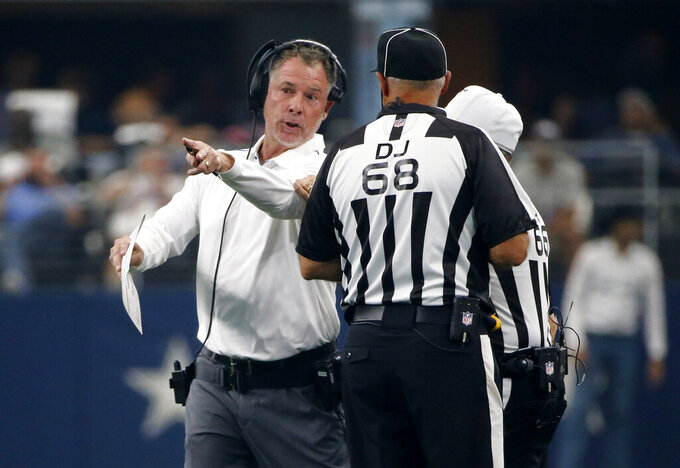 Broadcast on TVs throughout the Bills facility, including the locker room, on Thursday was a tweet highlighting Shurmur's response to a question of how he regarded Allen entering the 2018 draft. Shurmur said he thought Allen "had a chance to be a starter," and then repeated his answer when asked a second time as the Giants (0-1) prepare to host Buffalo (1-0) this weekend.

The comments were featured in a tweet posted by NFL Network reporter Kim Jones.

Shurmur's responses could be interpreted as a slight against Allen, because he was drafted seventh overall out of Wyoming, and has a 6-6 career record as a starter.

"Whatever. That's just what he thinks of him," Dawkins said.

"But for the guys in this locker room, we know what Josh is capable of. That's why Josh is Josh and that's why he has that 'C' on his chest," he added, referring to Allen being named a team captain. "People always got Josh's name in their mouth. People talk about stuff they're unsure about, but Sunday is just going to tell it all."

Bills coach Sean McDermott declined to discuss why Shurmur's comments were posted throughout the building. He called it a form of "internal messaging" for his team, before repeating the world "internally" twice.

McDermott began posting various reminders and inspirational messages on the TVs this offseason.

Allen is coming off an inconsistent season-opening 17-16 win at the New York Jets. He rebounded from committing four turnovers in the first half to lead Buffalo to score 17 points over the final 19 minutes, capped by a 38-yard touchdown pass to John Brown.

"Regardless of what any other coach or player out there has to say about him, it's not really a big concern of mine," he added. "I don't have much to say about it to be honest besides the fact that I'm sure glad Josh Allen is our quarterback."

Allen said the comments didn't bother him, speaking on a conference call with Giants reporters Wednesday.

"I wasn't trying to make everybody like me or fall in love with me," Allen said. "Luckily, the Bills had different thoughts and different plans with me. And luckily I ended up here."