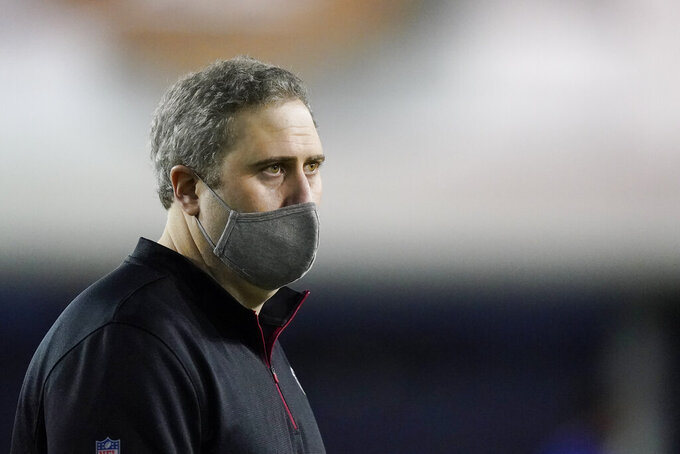 FLOWERY BRANCH, Ga. (AP) — The Atlanta Falcons re-signed defensive end Steven Means to a one-year contract Thursday, bringing back a player who has been a key contributor on and off the field.

During his three years in Atlanta, Means also has been heavily involved in community activities. He was a driving force behind the work of the player-led social justice committee to educate local high school athletes about the importance of voting and encourage them to volunteer as poll workers in last year's election.

Means was picked as the Falcons nominee for the Walter Payton NFL Man of the Year Award in 2020.

Andrews appeared in 15 games for the New York Jets in 2020, starting three at right guard and one at left guard. Bullard appeared in six games for the Seattle Seahawks in 2020 after spending the first half of the season on the Cardinals’ practice squad.