Guaranteed money at half for 2019 NFL free-agent contracts 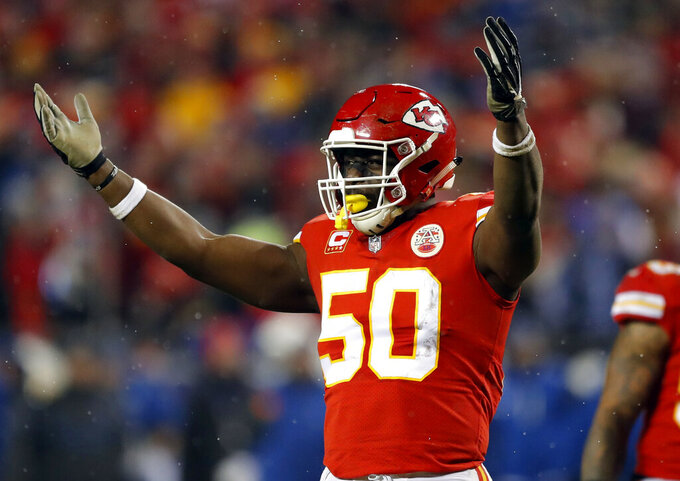 NEW YORK (AP) — Guaranteed payments for unrestricted NFL free-agent contracts this month make up just over half of the total money to be paid, down a bit from 2018, when Kirk Cousins signed a fully guaranteed $84-million deal.

The average amount per contract in this free agency period has been $15.04 million, of which the guaranteed dollars reached $7.54 million; the larger monetary agreements, such as quarterback Nick Foles' deal with Jacksonville for $88 million over four years, $50.125 million guaranteed, skew the average somewhat.

Contracts in Major League Baseball, the NBA and the NHL are fully guaranteed for the length of the deal.

"Obviously we are trying to figure how to improve that to 100 percent," says Giants safety Michael Thomas, a member of the NFLPA's executive committee. "We know it won't happen overnight, but with best practices from the players, the agents and the agents of the union working together, we can get closer to the 100 percent."

The current 10-year labor agreement expires in March 2021. All player contracts are negotiated individually and the CBA does not specifically address them, so other mechanisms are needed to boost the guarantees.

The fact the salary cap has risen substantially each year of this CBA since 2014 has helped the players get higher pay overall. There also are regulations requiring the 32 teams to spend at least a certain amount of their cap space each season.

And, of course, there is (or should be) the competitive desire of each club.

When Cousins received that megadeal from Minnesota last year, the NFL lagged far behind in guarantees. It still does.

"No other league has that mandate," 12-year veteran linebacker Lorenzo Alexander of Buffalo said. "It comes down to making that a norm. Whether in the CBA maybe we move toward it, or what the NBA has done where the select stars go out there and are demanding certain structure of their contracts. We need to look to our elite players, our quarterbacks who have that type of leverage. As they create that culture, they can make it a norm within the structure of football.

"We have to collaborate as players," added Alexander, also a member of the NFLPA's executive committee. "Owners always will fight tooth and nail" to avoid guarantees.

Both players make salient points about how the current CBA — which often, particularly in the early years of the deal, was perceived as a loss for the union — has helped them and their peers.

Alexander notes the health and retirement benefits in the agreement. Thomas cites the elimination of two-a-days in training camps and the curtailed hitting allowed in practices.

"The biggest difference in CBAs, and you notice as a player, is from the safety area, because I have been able to elongate my career and get more earning power and playing multiple years," Alexander said.

Most annoying to any player you ask is the perception that pro athletes negotiate a guaranteed paycheck and then become too comfortable to fully apply themselves. Both Alexander and Thomas get riled up when they hear any of that.

"It is an excuse ... a terrible excuse," Thomas said. "A player getting guaranteed money would not change who he is as a competitor, and he will go out there and be the best he can be and try to be the best player ever. I do not think that will ever change.

"If (an owner) feels like you got the right person, then invest in him," he added.

By The Associated Press 56 minutes ago
By Barry Wilner 2 hrs ago
By Arnie Stapleton 8 hrs ago
By Mark Ludwiczak 8 hrs ago
By William J. Kole 9 hrs ago