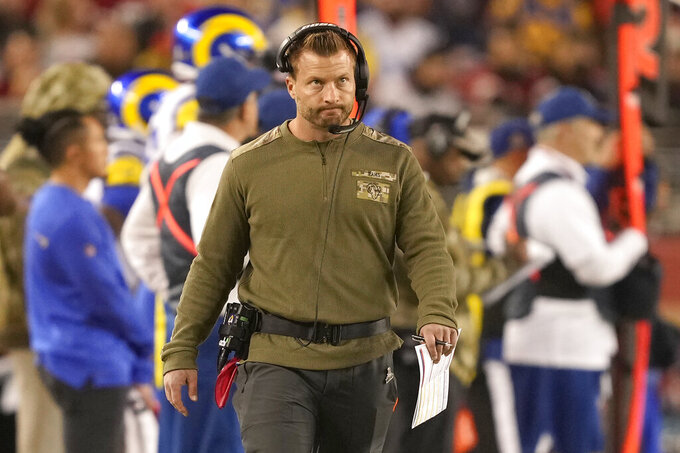 LOS ANGELES (AP) — The Los Angeles Rams had 16 players on their reserve/COVID-19 list on Wednesday after adding three more to the group.

Linebacker Justin Hollins and tight ends Johnny Mundt and Jared Pinkney were added one day after the Rams put nine players on the list following their 30-23 victory at Arizona on Monday night.

The Rams (9-4) are holding all of their activities virtually Wednesday under intensive protocols in preparation for their visit from the Seattle Seahawks (5-8) on Sunday. Their training facility in Thousand Oaks is closed.

Hollins only returned to the Rams' lineup last Monday after being sidelined for nearly three months by a torn pectoral muscle. He had two tackles in Los Angeles' win.

Mundt has been out for the season since early October, and Pinkney didn't play last Monday after being added to the roster from the practice squad because of the Rams' previous COVID-19-related absences.

All 16 players on the list are vaccinated, according to the Rams. That means they have the chance to return for Sunday's game with the proper sequence of negative tests.