Lions have 7 players on COVID list before playing Broncos 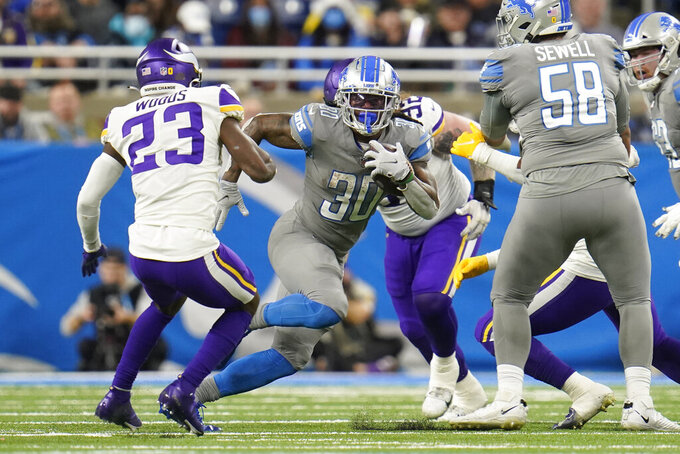 Detroit (1-10-1) promoted a slew of players from the practice squad to potentially play Denver (6-6) on Sunday. Running back Craig Reynolds was added off the practice squad to add depth at the depleted position with D'Andre Swift already ruled out for a second straight game with a shoulder injury.

The Lions listed many players as questionable on the injury report with an illness, including starting offensive linemen Penei Sewell, Jonah Jackson and Halapoulivaati Vaitai and key players on defense, including linebacker Charles Harris.

First-year coach Dan Campbell called off practice on Wednesday, citing a flu bug and insisting the team wasn't dealing with a COVID-19 outbreak, coming off Detroit's first win of the season.