New Charger Linsley looking to prove contract is worth it 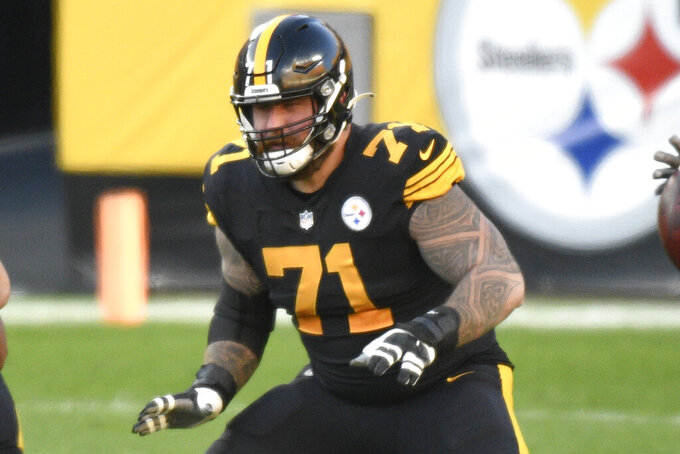 COSTA MESA, Calif. (AP) — Corey Linsley is the NFL's highest-paid center after signing with the Los Angeles Chargers, but he realizes that means added pressure when training camp begins later this year.

“It feels good but it really doesn’t mean anything unless I perform to that level,” Linsley said. "I was telling my wife when it was starting to ramp up, we were talking about teams that needed centers and I said, ‘Look, we’re going to a place that fits. This is a job. I’ll be at the beach sometimes, but I got to live up to the contract that the team will give me. It’s a job first and foremost.’”

Linsley, whose five-year contract averages $12.5 million per season, and guard Matt Feiler were introduced as members of the Chargers on Friday. Both arrived in Southern California on Thursday and began meeting with coaches.

Both players are hoping to improve a Chargers offensive line that struggled last season, but Linsley will be looked upon to be the leader. The All-Pro spent seven seasons with Green Bay after being drafted in the fifth round in 2014 and has 99 regular-season and 11 postseason starts.

His other main job will be to keep the pocket clean for Justin Herbert, which didn't happen last season. Herbert was the Offensive Rookie of the Year, but was one of the most pressured quarterbacks in the league last season. Linsley allowed a league-low four pressures last season among centers who played 13 or more games, while LA’s Dan Feeney was tied for the most at 33.

Linsley is also solid in the run game with only four blown blocks in 286 plays, but none resulting in lost yards. By comparison, Feeney had 16 blown blocks in 433 rushing snaps with a league-high 10 being plays that were stopped behind the line of scrimmage.

Currently, right tackle Bryan Bulaga is the only starter on the line likely to be back. With that status of offseason programs undetermined, Linsley knows there might not be a lot of time to build consistency.

“At the end of the day we got to get reps, we all gotta get on the same page, we got to learn how to communicate effectively in the room, not only on the field,” he said. “That’s going to take time, and we’re gonna have to put in the work.”

Linsley and Bulaga played together for five seasons in Green Bay, so that familiarity will be a plus. Linsley said Bulaga made a nice recruiting pitch to get him to come to Southern California, but that he hasn't had a chance to catch up with Herbert yet.

Feiler said the coaching staff has told him he will line up at guard, but haven't specified which side. Right guard Trai Turner was released while left guard Forrest Lamp is a free agent.

“It was a little choppy at first. Switching your stance up to the other side, it’s a little bit different," said Feiler of transitioning from tackle to guard. "I’ve played left guard before, so it was kind of like riding a bike. Just had to shake the rust off and get back into it.”