Other Chris Paul making his own name on, off football field 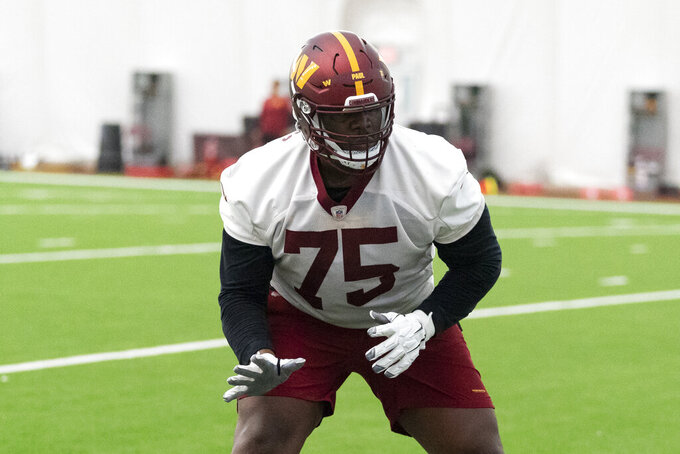 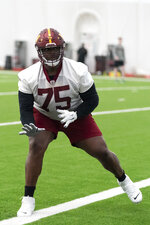 ASHBURN, Va. (AP) — Chris Paul the football player knows he shares a name with a much more famous athlete.

“There might be another named Chris Paul,” he said with a grin. “I think he plays basketball — I’m not sure.”

While the veteran NBA guard guides the Phoenix Suns on another playoff run, the other Chris Paul is trying to make a name for himself on and off the football field. Drafted by the Washington Commanders, the 6-foot-4, 324-pound guard is also an artist who just released his first music video and has 100 more songs in the vault while he embarks on his NFL career.

“There’s what I’m doing right now, my passion as an NFL football player, and then there’s that,” Paul said. “They’re on completely different ends of the spectrum, and I feel like that really sums up my personality and me as a person.”

It’s not uncommon for athletes to branch out creatively into the entertainment industry, some with more success than others. Paul’s musical interests predate sports: Long before he started playing football at 13, he hummed as a baby so much his parents asked their doctor what was going on.

The doctor told Paul and Victoria Unawunwa that Chris would probably be musically inclined. He was involved in choirs growing up and worried he’d be done with music when he started playing college football at Tulsa.

Instead, he and running back Corey Taylor met while working on a Christmas jingle for the university in late 2019. After working with Paul for a day or so, Taylor thought, “Let’s get him back in the studio and see what else we can come up with.”

The two have so far released two singles and their first music video, “Mother Nature,” which premiered last month, a few days before Paul was drafted. There’s much more where that came from, with the two hoping to release completed songs along the way while Paul focuses on professional football.

“That’s going to be occupying most of his time, so we created this vault to be able to just pull from any time we wanted to release a song,” said Taylor, who’s now a full-time producer. “We’ll still be able to get a ton done. There probably won’t be a ton of music videos happening. Maybe one or two here and there, but there’ll be a lot of songs still released because we have that vault.”

The 37-year-old “CP3” can do it all on a basketball court, and has his hands in several ventures off the court. Football's Chris Paul also considers himself more than just a football player or artist, where he’s known as “The Seventh.” He served on NCAA committees for oversight and diversity and equality and the betterment of student-athletes.

“He’s just got so many different talents,” Tulsa coach Philip Montgomery said. “He’s one of those guys that just galvanizes people around him. He does a great job of being able to communicate with so many different people, different backgrounds, coming from small towns, big towns — it doesn’t matter. He’s very inclusive when it comes to all of that.”

It’s too soon to tell if Paul’s music will resonate the way he and Taylor hope it will. Culture critic and author Gerrick Kennedy said Paul “shows great promise as an R&B vocalist.”

“He has a beautiful tone, and the aesthetic of his single ‘Mother Nature’ falls in nicely with the vibes of what’s happening in the genre,” Kennedy said. "I do hope he’ll continue to pursue music as it’s so rare that we see pro players dabbling in pop music.”

No matter how music goes, Paul’s maturity and ability to multitask could allow him to change trajectories depending on the situation.

Montgomery calls Paul “the President” because he believes that job would one day suit the 23-year-old. Paul carries himself well beyond his age and figured it was a perfect fit for the multiyear college team captain to land in the nation’s capital.

Taylor is also excited to see what his friend will be able to accomplish in Washington under coach Ron Rivera.

“His potential on the field and off the field is limitless,” Taylor said. “I love where he is, and I think the city’s going to love him.”

Rivera is already a fan, saying Paul was a good fit as an easygoing guy and a stout offensive lineman who could help the Commanders right away. As for balancing football, music and everything else, Paul’s not worried in the slightest bit about that.

“I treat music how someone would treat a journal,” he said. “That’s just another thing that you do that’s an aspect of your life.”