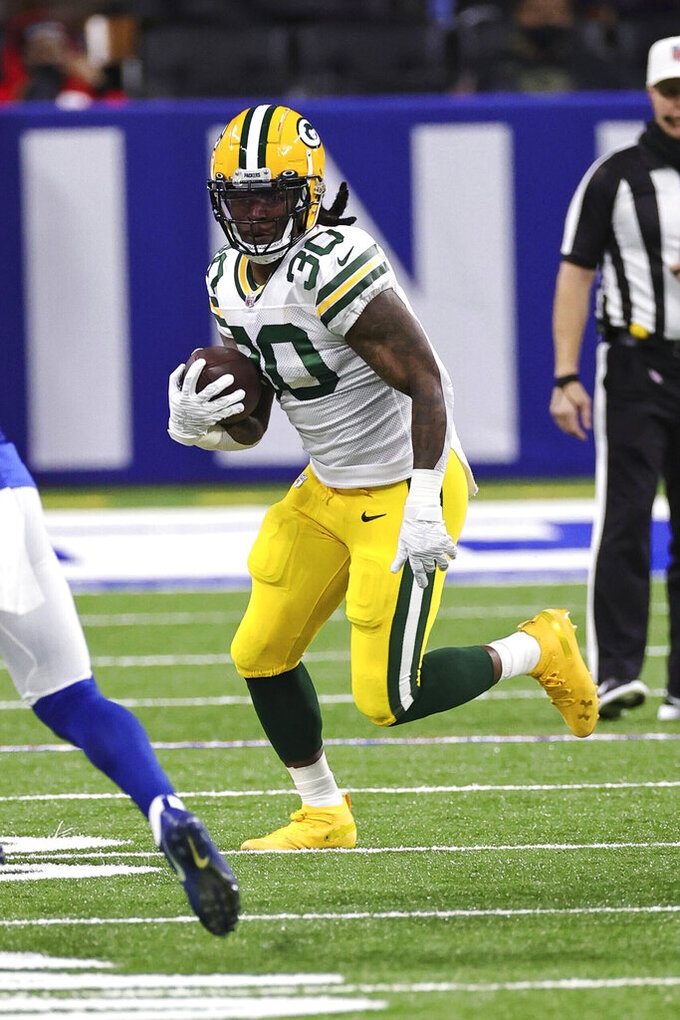 Green Bay Packers running back Jamaal Williams (30) carries the ball during an NFL game against the Indianapolis Colts, Sunday, Nov. 22, 2020 in Indianapolis. The Colts defeated the Packers 34-31. (Margaret Bowles via AP) 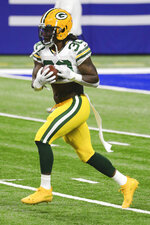 Williams, who had been listed as doubtful on the injury report, heads the list of inactive players for the NFC North champion Packers. Williams has 479 yards rushing and 236 yards receiving this season while teaming up with Aaron Jones in Green Bay’s backfield.

This marks the second game Williams has missed this season. He was on the reserve/COVID-19 list for a 34-17 victory at San Francisco on Nov. 5.

Williams’ absence could create an opportunity for rookie A.J. Dillon, who gained 18 yards last week on his first and only carry since Nov. 1. Dillon, a second-round pick from Boston College, spent more than a month on the reserve/COVID-19 list.

The Packers will have starting center Corey Linsley available for Sunday night’s game. Linsley was activated from injured reserve Saturday after missing three games with a knee issue.

Redmond and Sternberger already had been ruled out Friday as they recover from concussions.