Patriots' Way has often been a bust elsewhere 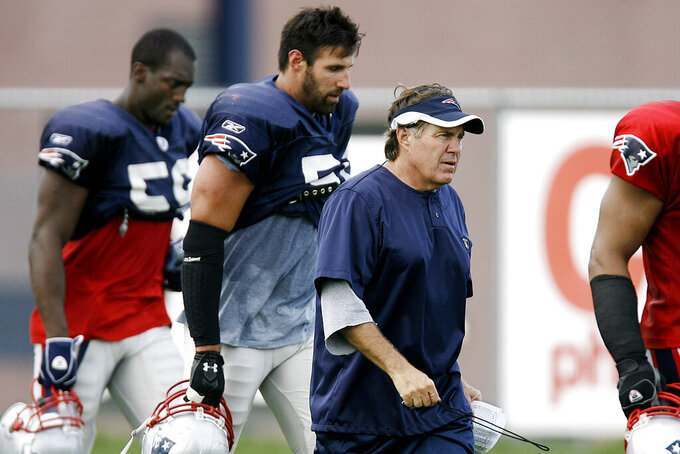 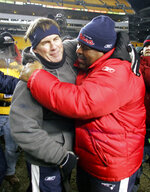 It was a mental lapse involving the defense, the sort of thing he rails against every day. And so Flores did what his players do as punishment in such situations, sprinting across the field into the corner, slapping a wall designated for the acknowledgement of mistakes in practice and then hustling back to rejoin his team.

OK, so maybe he's not a Bill Belichick clone.

But how far does Flores fall from the Belichick coaching tree? The answer could determine whether the Dolphins win with their new coach, a longtime New England Patriots assistant.

The Dolphins hired Flores even though the Patriots' Way tends to be a dead end for other teams. While the Pats are six-time Super Bowl champions under Belichick, his former New England assistants have combined for one playoff victory as NFL head coaches.

"You can't replicate what they have up there, right?" former Patriots tight end Dwayne Allen said. "A lot of people have tried and failed."

That group includes former head coaches Romeo Crennel, Eric Mangini and Josh McDaniels in the NFL, and Charlie Weis at Notre Dame and Kansas. The jury is still out on two second-year head coaches with New England backgrounds: former Belichick assistant Matt Patricia (6-10 with the Lions last year) and ex-Patriots linebacker Mike Vrabel (9-7 with the Titans).

Add to that sextet the somewhat successful Bill O'Brien (43-41 entering his sixth season with the Texans, but only 1-3 in the playoffs), and their combined winning percentage is .430, compared with Belichick's .741 in New England.

Some suspect Belichick's proteges have tried too hard to Be Like Bill.

"There have been mistakes," said former Patriots linebacker Tedy Bruschi, who spent nine seasons playing for Belichick and is now an ESPN analyst. "When you try to clone Bill Belichick's style and it's not who you are, it's going to come off as disingenuous. You're not going to feel real to players, and players can feel that. That mistake has been done in the past by his coaching tree."

Patricia had a rocky first season in part because he sounded a little like Belichick during news conferences, snapping at questions and providing short answers that made him a punchline with pundits. Mangini was a control freak who was hard on his players with the Jets and Browns, and he got off to a bad start in Cleveland when he made rookies take a 10-hour bus trip to attend his youth camp. McDaniels wore a hoodie every day in Denver and yelled at his assistants.

In sum, Belichick's proteges tend to mimic his unrelenting approach. And they tend to struggle.

"They try to push it hard, and it's hard for certain players to grasp," Bruschi said. "Say you've been coddled. It can be a shock to the system when you're told to be somewhere at a certain time, stay until a certain time, work hard every second you're there and do things a certain way, which is a night-and-day difference from the previous head coach. Some of these coaches experience resistance, and it's hard to break that. You're reprogramming players on what winning football is."

In Miami, Flores must reprogram a franchise that hasn't won a playoff game since 2000. He spent 15 seasons with the Patriots and hired two former Patriots assistants as his coordinators with the Dolphins.

But Flores said the things he stresses — working hard, putting team first and being tough, smart and on time — don't make him a Belichick copycat.

"There are a lot of high school coaches who are saying the exact same things," he said. "And pee wee coaches."

Flores said his mentors make up a large group that includes his pastor, parents and high school coach, which suggests he's not trying to transform the Dolphins into the Patriots South.

"The big thing about leadership is being authentic," Flores said. "So if you try to be someone else, it's not real leadership in my opinion. I've tried to take a lot from a lot of people, a lot of different leaders that I've come across. But at the end of the day, I've got to be me."

It makes a good song. Allen, who spent time with the Dolphins this summer, believes it will make Flores a good coach.

"You can't replicate what they have in New England, and coach Flores has done a great job of not trying," Allen said. "This is his ship, and he's going to run it his way."

Dolphins players say Flores mixes a drill sergeant demeanor with a fondness for corny jokes. He's more forthcoming and expansive with the media than Belichick, but he has showed his no-nonsense side by firing an assistant less than a week into training camp and publicly criticizing receiver Kenny Stills' practice performances.

Stills and left tackle Laremy Tunsil were traded Saturday to the Texans in a deal that netted Miami three high draft picks.

As with most coaches, the real test for Flores will be how he handles defeat. Mantras about hard work and putting team first can sound hollow when a season sours.

Or Flores can Be Like Bill and rarely lose.