Tagovailoa to start, CBs Howard, Jones out for Dolphins 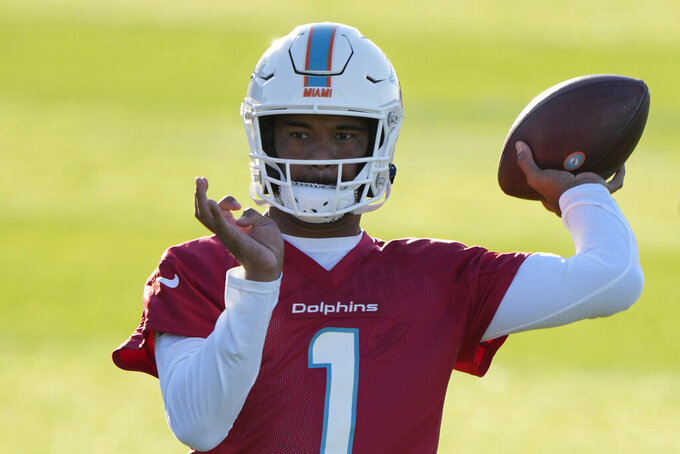 LONDON (AP) — Tua Tagovailoa will start but the Miami Dolphins will be without starting cornerbacks Xavien Howard and Byron Jones for Sunday's game against the Jacksonville Jaguars in London.

Howard had earlier been ruled out but Jones, who has an Achilles tendon injury, was questionable and had hoped to play. Both were declared inactive about 90 minutes before kickoff at Tottenham Hotspur Stadium.

Tagovailoa was activated Saturday and was set to make his first start in a month, returning from fractured ribs.

For the Jaguars, defensive lineman Taven Bryan is inactive for the first time in his pro career. Rookie Jay Tufele was expected to take his rotational spot.

Jags kickers Matthew Wright and Josh Lambo both made the trip but Wright will dress Sunday. Jacksonville has yet to kick a field goal this season.

Lambo went 0 for 3 in the first three games. In London in 2018, Lambo kicked four field goals including a 57-yarder in Jacksonville's 24-18 loss to Philadelphia.