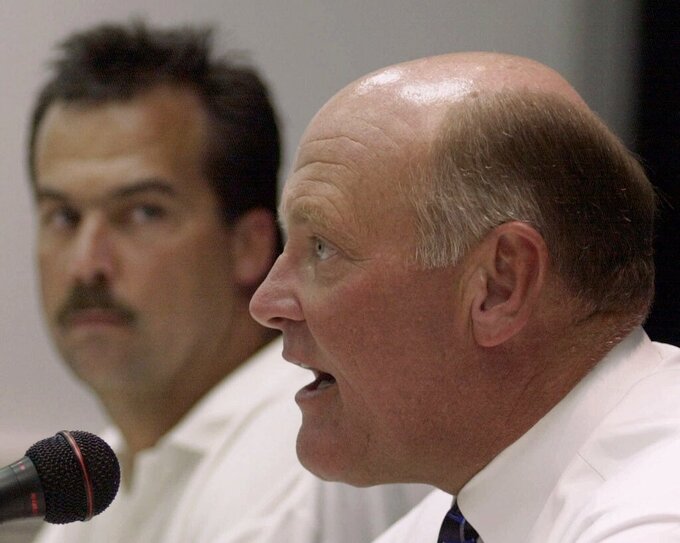 NASHVILLE, Tenn. (AP) — Bum Phillips and Jeff Fisher and former general manager Floyd Reese will be the newest members of the Tennessee Titans' ring of honor.

The Titans announced Wednesday that the trio will be inducted this season with Phillips being honored Sept. 26 during a game against Indianapolis. Controlling owner Amy Adams Strunk gave Fisher, Reese and Phillips' family the news.

“I am so excited to recognize these important figures in our team’s history,” Adams Strunk said. “Each had a significant hand in the success of their eras."

Phillips took over the then-Houston Oilers after eight losing seasons and led them to back-to-back AFC championship games as part of the “Luv Ya Blue” era. His .608 winning percentage is the best for a coach with at least two full seasons at 59-38.

His son, Wade Phillips, said this has special meaning for their family. He credited Strunk for keeping the Oilers alive.

“She’s done things down here in Houston, and this honors all the Oilers teams really, not just my dad, but all the Oiler teams,” Wade Phillips said. "We can’t thank her enough. Dad was so proud of his teams, and coaching for Bud Adams, and being with that organization and then it’s carried on in Tennessee.”

Fisher remains the franchise's winningest coach with two AFC championship games, and he led the renamed Titans to the 2000 Super Bowl after overseeing the team's relocation to Tennessee. Under Fisher, the Titans tied the St. Louis Rams for the most wins between 1999 and 2003 with 61.

He won 147 games, including five in the postseason, and he had only four losing records in 16 full seasons. He's the only coach to win 13 games in a season, which he did three times.

Reese spent 21 years with the franchise starting as a position coach and is the winningest general manager in the team's history with 11 playoff berths during his tenure. Reese hired Fisher as head coach, drafted 2003 AP NFL co-MVP Steve McNair, Eddie George, Jevon Kearse and claimed Frank Wycheck off waivers.