Antonio Brown from head to toe on PodcastOne Sports Now 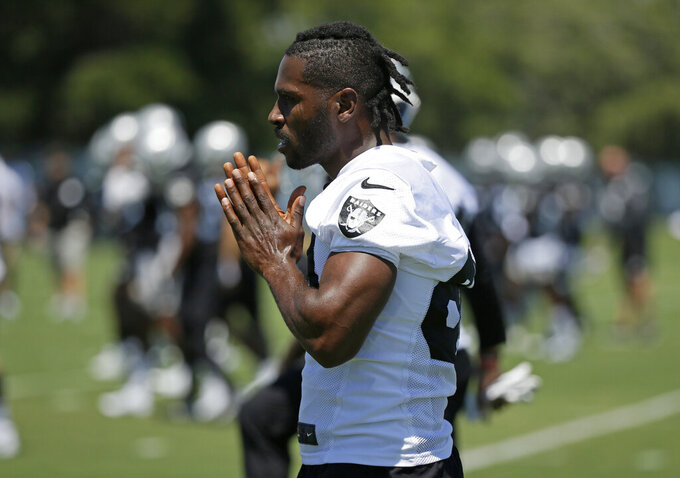 Antonio Brown has issues from head to toe, and the AP's Josh Dubow talks about how the Oakland Raiders are dealing with them as the team and its new wide receiver try to find common ground in training camp.

Dubow joins PodcastOne Sports Now to talk about the Brown saga, and the prospects for the Raiders this year. He tells co-hosts Jim Litke and Tim Dahlberg that the team has issues in several areas, especially on defense, and that the jury is still out on Derek Carr as a possible Super Bowl-winning quarterback.

Also joining the show is USA Today columnist Nancy Armour, who talks about the remarkable Simone Biles, who won her sixth U.S. national gymnastics title over the weekend by completing her first triple-double in the floor exercise. Armour praises Biles for being as unafraid to set limits on what she does in competition as she is in calling out U.S. gymnastic officials who failed her and other gymnasts who were victims of sexual abuse while in the program.

There's also some food talk, including news that coffee is not only good for you but will prolong your life.