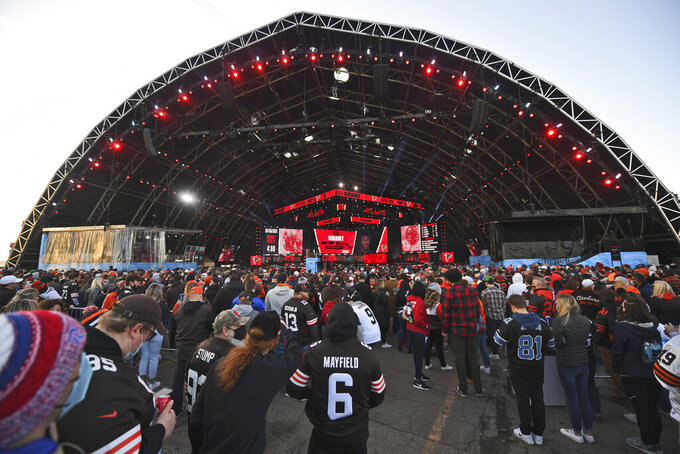 Cardinals general manager Steve Keim wants to get one thing straight about his newest receiver.

Rondale Moore might be short. But he is not small.

“You see a guy on the shorter end, but really thick and muscled up,” Keim said. “Really explosive.”

The Purdue standout will join an impressive Cardinals receivers group that includes three-time All-Pro DeAndre Hopkins, recently acquired free agent A.J. Green and Christian Kirk. Arizona could also still have Larry Fitzgerald, though the team still isn't sure if the veteran will return for his 18th season.

“Rondale is able to do a bunch of different things,” Cardinals coach Kliff Kingsbury said. “Whether it's handing him the ball in the backfield, tossing it to him on a sweep or going outside on the fade route. He does it all.”

Keim is confident the 2018 version is the one the Cardinals are getting.

“He's a receiver that plays like a defensive player,” Keim said. “He plays angry, he's competitive.”

He played mostly in the slot at Purdue but said he can move out wide if needed.

“I’m comfortable in both,” Moore said. “Whatever’s asked of me I’m willing to do.”

Moore might prove to be a replacement for Andy Isabella, who has a similar speedy reputation and was the team's second-round pick in 2019. Isabella has never found a consistent role in Arizona's offense and has just 30 catches over two seasons.

The Cardinals went with a linebacker in the first round for a second straight season, grabbing Tulsa's Zaven Collins with the No. 16 overall selection Thursday night.

Keim said it's a long time to wait on draft day, but the moves were worth it.

“Just really look up at the depth chart, see Rodney Hudson and D-Hop, and be appreciative,” Keim said.