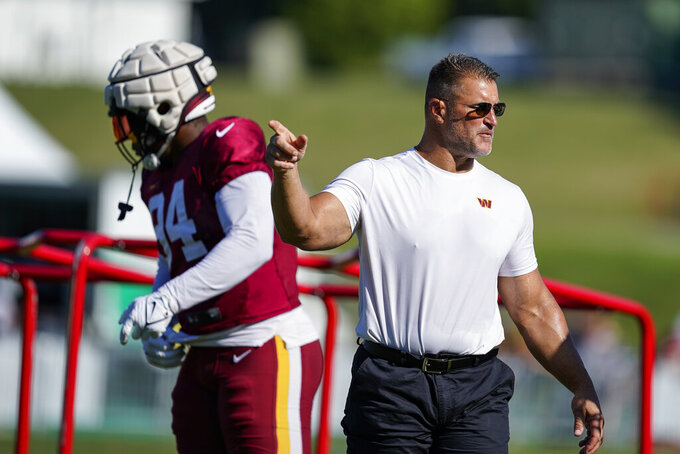 Rivera announced the change Tuesday. He hired Mills in January 2020 shortly after taking over in Washington, after Mills served on Rivera’s staff throughout his nine-year tenure as the Carolina Panthers coach.

“Very difficult,” Rivera said of the decision. “I’ve known Sam a long time, and he’s a very good football coach, and I really appreciate everything he’s done. He helped us win a division our first year, and just some things got tough last year. But there’s some things that I felt I wanted to change.”

Washington had 47 sacks (sixth in the NFL) and 78 tackles for loss (seventh) in 2020, Mills’ first season as defensive line coach.

Both numbers decreased substantially into 2021, and a defense that was viewed as a strength coming into the year finished eighth worst in the NFL with 434 points against and fourth worst with 4,333 passing yards allowed.

Rivera did not directly link his decision to last year’s performance.

“I just felt it was a change that I needed to make,” Rivera said. “Feeling there was a little bit of difference in the philosophy.”

“This has been planned,” Rivera said of Sapp’s presence. “I know Warren came to OTAs and minicamp, and they had planned for him to come this week and continue to help work with our guys and share some of his knowledge.”

“Ryan came out here to kind of see what this was like,” Rivera said. “He’s truly interested in coaching. But for the most part he’ll continue to do the shadowing that he’s been doing.”

Zgonina will take charge of a defensive line for the second time in his career after previously doing so in San Francisco in 2017 and 2018.

“I’m not changing anything,” Zgonina said. “I am who I am. What you’ve seen the last few weeks, the last couple years, that’s what you’re going to see.”