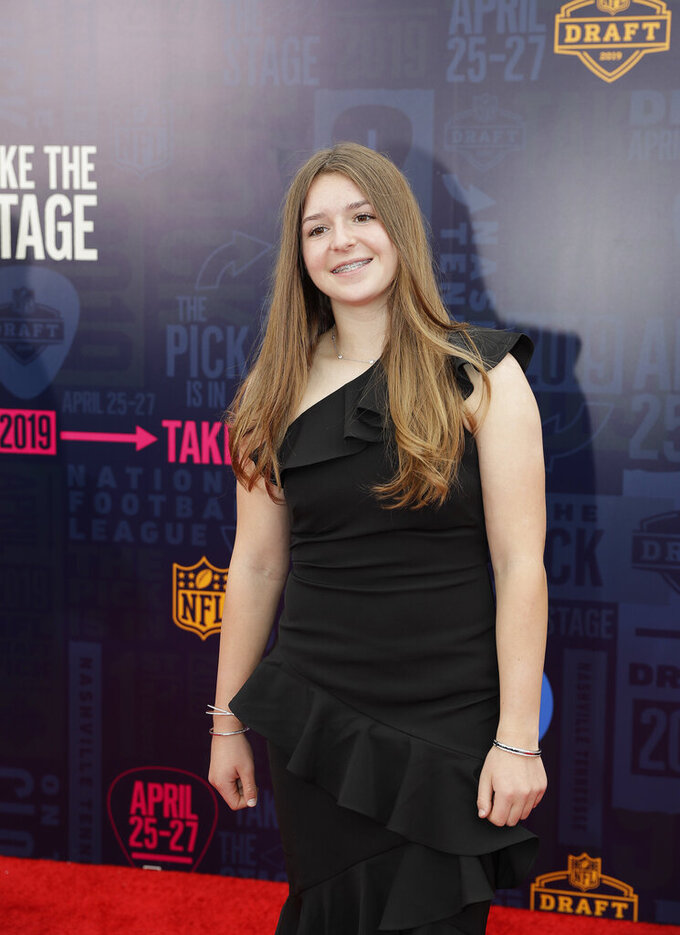 SALT LAKE CITY (AP) — The question of how many girls would play football for an all-female high school team if given the chance took center stage Friday in a Utah lawsuit filed by a teenage female football star.

More than 400 girls have joined a league that 16-year-old Sam Gordon helped create, more than enough to get started in schools, lawyer Loren Washburn said. "The school district has an obligation to meet student demand," he said.

The districts, though, argue it's tough to gauge whether there's enough interest around the state to create a roster of competing teams for something completely new.

U.S. Magistrate Judge Dustin Pead ordered the two sides to negotiate the language of a survey to measure interest. That's a key question under Title IX, the federal law that bars sex discrimination in education programs that receive federal funds.

Football is particularly important because it's such a beloved American sport, said father Brent Gordon, an attorney.

"If they had the ability to play football at the high school on Friday nights, with the band there and have everybody fill the stands, how do you think the perception of girls would be on that campus?" he said.

Gordon became a well-known figure after a video of the then 9-year-old girl's dominant football skills against boys gained widespread attention online in 2012. She, her father and other girls who wanted to play football filed a lawsuit against the three districts and the Utah High School Activities Association five years later.

Gordon appeared alongside past and present NFL greats in a television ad that aired during this year's Super Bowl. She was also honored by the NFL during Super Bowl weekend with the first "Game Changer" award for her role in creating the girls tackle football league in Utah.

She and her father point to all-girl "powder-puff" football games that are a homecoming tradition at many high schools. The games attract more competitors than other intramural sports, and yearbook entries reflect the pride girls take in having a chance to play, Washburn said.

Those are typically limited to one game, though, and aren't usually full-contact, so it's unclear whether the same numbers would turn out for tackle football, said Mark Van Wagoner, a lawyer for the high school activities association.

Utah does allow girls to play on boys' football teams, but Sam Gordon said it wouldn't be safe for her to play against the much-larger male players. Title IX, meanwhile, has a provision for separate teams in contact sports, Washburn said.

The plaintiffs scored a victory last year when a judge allowed girls interested in playing to band together in a class-action claim.

The Canyons School District, one of the defendants in the case, said their schools support both male and female student athletes.

"There are substantial opportunities for all our student athletes to excel on the playing field," as well as the classroom, said spokesman Jeff Haney in a statement.