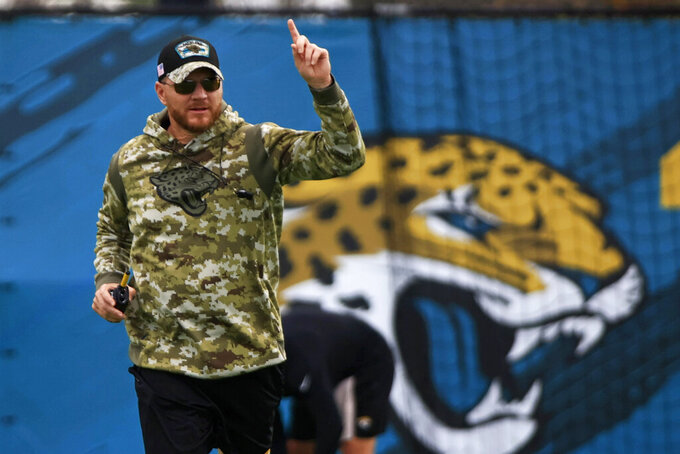 Bevell said Monday he will delegate that role to quarterbacks coach/passing game coordinator Brian Schottenheimer for the remaining three games, beginning at the New York Jets (3-11) on Sunday.

The Jaguars (2-12) have scored just seven touchdowns in their past eight games, with three of those coming in the fourth quarter while trailing by double digits.

Bevell called plays from the sideline during Sunday’s 30-16 loss to Houston. Giving up that responsibility should allow him to “take on more of the head coach role that I’m being asked to do," he said.

Schottenheimer replaced Bevell as Seattle’s play-caller in 2018 and spent three years in that position before joining Urban Meyer in Jacksonville.

“We have another really accomplished play caller in our midst,” Bevell said. “We’ll be able to let Brian take an opportunity at it and put his own personality into the offense as well.”