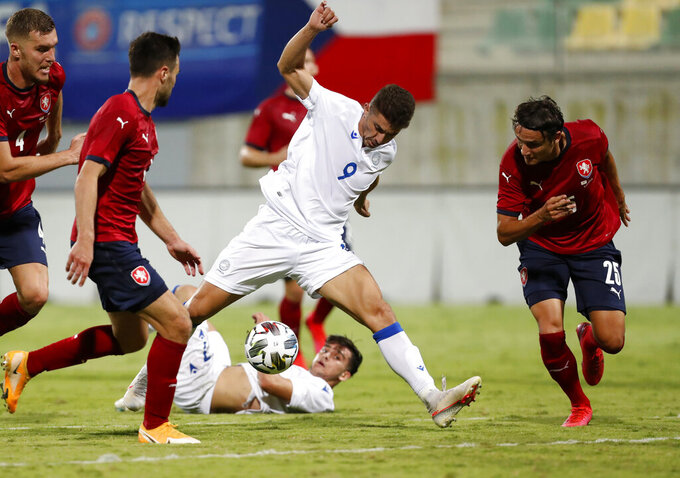 The free, online Annual Salute to Women in Sports can be viewed Wednesday at 8 p.m. ET on Yahoosports.com.

The theme is Speak with Sport, recognizing athletes and leaders who are speaking up about equality and social justice. In a video montage, Brady says, “Let’s keep pushing forward and breaking new ground.”

The players of the WNBA, who raised awareness of the police killing of 26-year-old Breonna Taylor in Louisville, Kentucky, will receive the Wilma Rudolph Courage Award. Former Xerox CEO Ursula Burns will be honored for her leadership in corporate America, along with Tampa Bay Buccaneers coach Bruce Arians for his inclusive hiring practices.

The event will celebrate the 50th anniversary of the “Original 9,” Billie Jean King and eight other women who broke away from the tennis establishment to turn pro and help establish the WTA Tour.

In 1974, King created the Women’s Sports Foundation, which provides sports programming and grants for young athletes.

Three members of the Czech Republic national team tested positive for the coronavirus ahead of a Nations League game against Israel.

The Czechs are scheduled to face Israel in Haifa on Sunday.

The three who tested positive were not identified and were in isolation. The Czech team says 16 others have to be re-tested after the results of their tests were inconclusive.

The Czechs were scheduled to fly to Israel on Saturday from Cyprus, which hosted the Czech team in a friendly match Wednesday.

The soccer association said nine players as well as staff members and coaches were “on their way to Israel" as scheduled after they tested negative.

The rest remained in Cyprus, waiting for the results of the new tests; those are anticipated late Saturday.

The association was ready to fly in replacement players from the Czech league so the match can go ahead if any of the tests are positive.