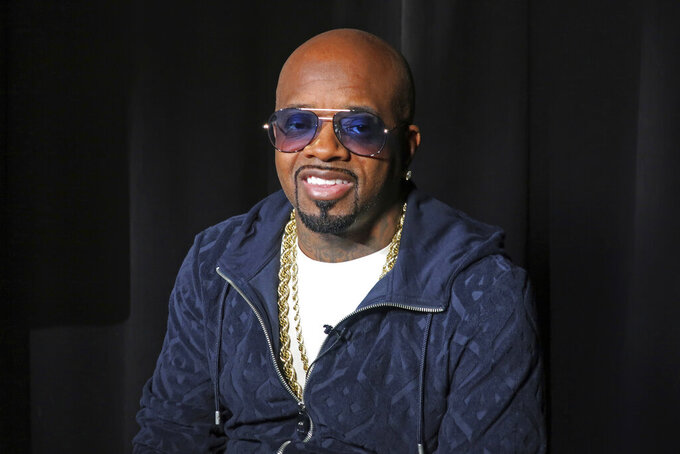 FILE - This May 24, 2018 file photo shows music maker Jermaine Dupri during an interview in New York. Dupri and Travis Scott have been criticized for taking part in Super Bowl-related events, but their shows among others will still go on. Dupri will host a concert series called Super Bowl Live while Scott is expected to perform at the Pepsi Super Bowl Party two days before performing at Super Bowl 53 on Sunday. (AP Photo/John Carucci, File) 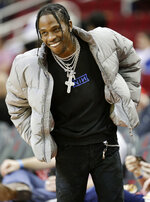 LOS ANGELES (AP) — Travis Scott to Jermaine Dupri are among the music artists who have been criticized for taking part in Super Bowl-related events, but their shows — and many others — will still go on. That's despite a political firestorm over whether social justice needs to be addressed at the NFL's marquee event.

Dupri is hosting a concert series called Super Bowl Live, while Scott is expected to perform at the Pepsi Super Bowl Party two days before performing at Super Bowl 53 on Sunday. The packed week will also feature performances by Bruno Mars, Cardi B, Aerosmith, Diplo, Future and Lil Wayne.

The pressure on performers is part of the reaction to protests started by former NFL quarterback Colin Kaepernick kneeling during the national anthem to raise awareness to police brutality, racial inequality and other social issues.

Scott received widespread criticism for his upcoming Super Bowl appearance. Scott will join headliner Maroon 5 and Outkast member Big Boi during the halftime show at the Mercedes-Benz Stadium in Atlanta, where the New England Patriots will play the Los Angeles Rams.

Maroon 5, with frontman Adam Levine, said they want to let their "show do the talking" before their halftime appearance. The band canceled their Thursday news conference to promote their performance.

The pre-game performances will showcase Gladys Knight singing the national anthem and Chloe X Halle who will sing "America the Beautiful."

Despite being called a "sellout," Dupri plans to give people who lost family members as result of police brutality a platform to speak onstage during his five-day concert series, which started Saturday.

On Thursday, Ludacris and Migos will kick off the first night of the Bud Light Super Bowl Music Fest and EA Sports Bowl. Aerosmith, Post Malone, Bruno Mars and Cardi B will headline the final two nights of the music festival.

Ludacris will host the Big Game Big Give charity event on Saturday, which will feature a performance by Black Eyed Peas.