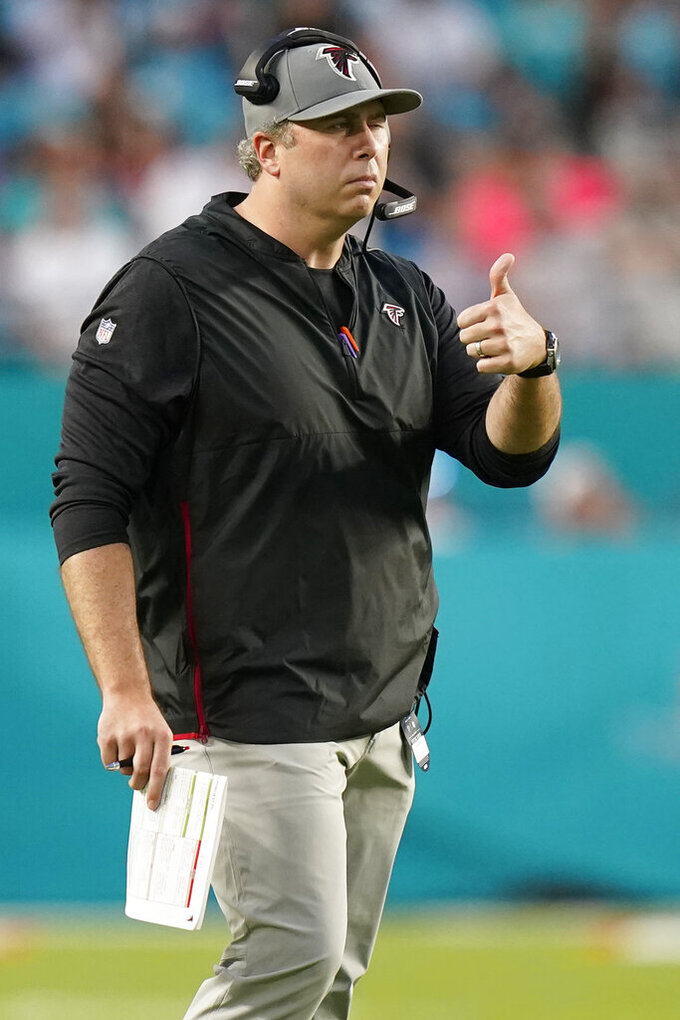 MIAMI GARDENS, Fla. (AP) — The Miami Dolphins had an early injury scare to one of their new additions, then soundly defeated an opponent they became familiar with this week.

Tua Tagovailoa threw for 187 yards and a touchdown in one half, and the Dolphins beat the Atlanta Falcons 37-17 on Saturday night.

“I think our operation was really good out there offensively,” Tagovailoa said. “Line got to the line of scrimmage and made their points. We went out there and ran the play.”

The Falcons rested their starters, while the Dolphins’ first unit played most of the first half in the second preseason game for both teams, who participated in joint practices Wednesday and Thursday at Miami’s training facility.

“That’s the fun part about coaching and the decisions we make as an organization,” Falcons coach Arthur Smith said of the decision to go with backups. “And that’s been my experience. You should have time to develop players. That’s invaluable.”

Dolphins wide receiver Jaylen Waddle, the No. 6 overall selection in this year’s draft, avoided a serious injury during the team’s opening drive. Waddle grimaced in pain after his left leg collided with a Falcons defender. The rookie from Alabama was checked in the medical tent and returned, but was not targeted again. Waddle caught three passes for 21 yards.

“We’ve got a great training staff so they took a look at him and he went back in,” Dolphins coach Brian Flores said. “He’s a tough kid. That’s part of playing in the National Football League. Every once in a while you’re going to get dinged.”

Miami’s first two drives ended in touchdowns by Myles Gaskin. The running back capped the first drive with a 1-yard score. Gaskin accounted for 57 of the Dolphins’ 75 yards during the drive.

Tagovailoa connected with Gaskin on an 8-yard touchdown pass that gave Miami a 14-3 lead 2:20 into the second quarter.

Jacoby Brissett replaced Tagovailoa in the second half. Tagovailoa completed 16 of 23 passes.

With quarterback Matt Ryan sitting out, AJ McCarron and rookie Feleipe Franks took the snaps for Atlanta. McCarron started, but left with a right knee injury early in the second quarter. He will have an MRI to determine the severity of the injury.

“Until we get the final word, I don’t want to talk about injuries,” Smith said. “He didn’t look good.”

McCarron and Franks are vying for the No. 2 spot behind Ryan. Before his injury, McCarron was 3 of 6 for 43 yards, while Franks finished 4 of 9 for 46 yards and an interception.

Sam Eguavoen had four sacks for Miami, including one in the end zone for a safety in the third quarter.

Falcons running backs D’Onta Foreman and Caleb Huntley scored on touchdown runs of 1 and 30 yards, respectively, in the second half.

Eguavoen spent three days on the reserve-COVID-19 list and missed the joint practices with the Falcons. But he was cleared Friday and activated for the game.

“It’s always stressful when you can’t practice with your team in training camp,” Eguavoen said. “Two days out in the football world feels like a month. When I came back, everybody was, ‘Hey where have you been, you lost weight?’

“Just being able to come back and still understand the plays, I was happy about that."

After limited capacity because of COVID-19 restrictions last season, 57,217 tickets were distributed for Miami’s only preseason home game. Parking lot tailgating by fans, also not allowed in 2020, was in full swing four hours before kickoff.

Huntley hopes his long touchdown run helps in landing a spot on the opening day roster. The rookie running back from Ball State is one of the Falcons backups who received extended time.

“I’m just trying to go out there every day and give my best effort and everything will fall into place,” Huntley said. “At the end of the day, it’s 100% effort.”

Falcons: return home for their preseason finale against the Cleveland Browns next Sunday.

Dolphins: close their preseason schedule at the Cincinnati Bengals next Sunday.