Tannehill, Titans get on board with NFL COVID-19 protocols 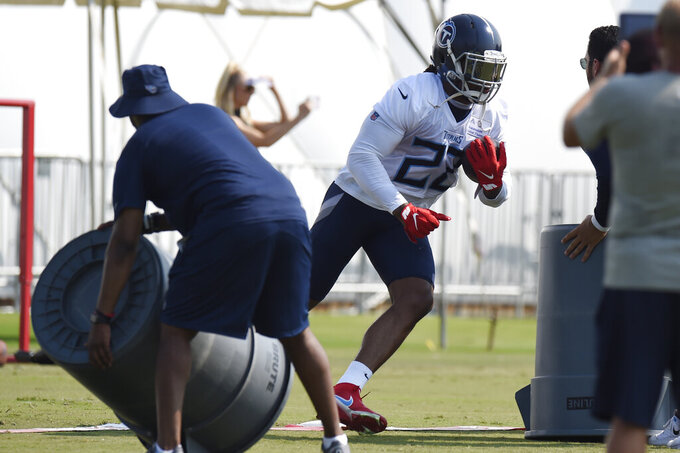 “I think the NFL has kind of made it clear what they want to happen,” Tannehill said Wednesday following the team’s first training-camp practice. “If you don’t fall in line, they’re going to try to make your life kind of miserable with all the protocols. So I think you’re seeing the trend is that most guys are getting vaccinated.”

The NFL Players Association also has supported the league's protocols, under which nearly 87 percent of players are in the vaccination process of have completed it.

Getting vaccinated certainly seems to be the trend for the Titans, as general manager Jon Robinson said 90% of the team is either fully vaccinated or has started the vaccination process. A number of players took the field wearing masks — including Tannehill, guard Rodger Saffold and cornerback Kristian Fulton — but Robinson explained that some players are still awaiting a second shot or have only recently completed the full vaccination process.

“We want to be an example for our community, for our state, to encourage the vaccination,” Robinson said. “I’m proud to say we’re at 90%. That’s a good indication of what we feel about the vaccine as an organization, and try to encourage those in our community and our state to kind of follow our lead on it.”

Saffold had been undecided on the vaccine during the offseason, adding that he planned to study the issue. He decided to get vaccinated just recently, and, after getting two shots, said he’s simply waiting for the antibodies in his system to build up before he removes his mask.

“I’m very impressed we’re at 90(%). … especially after what we went through last year,” Saffold said, referencing the COVID-19 outbreak the Titans endured early in the season.

“For me, it just came down to kind of like a cause and effect,” Saffold said. “I knew that protocols were going to be a lot more stringent.”

The long list of restrictions left Tannehill feeling as if he had little choice.

“I wouldn’t have gotten the vaccine if not for all the intensive protocols and not being able to gather with teammates, separate locker rooms, separate meeting rooms, separate cafeteria,” Tannehill said. “All those type things where you’re learning team chemistry, the team bond, which I think is so important.”

“It is what it is,” Tannehill said of vaccinations. “I love this game, I love this team. I want to be able to compete and do the things I think are important to build chemistry and win football games. So ultimately, that forced my hand.”