With 10 picks and 2 firsts, Eagles have plenty of options 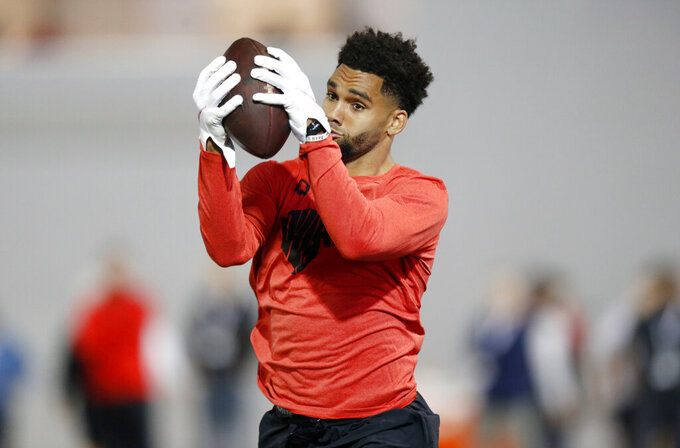 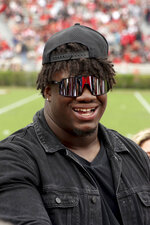 Perhaps the most certain prediction is they’ll make another swap.

General manager Howie Roseman, one of the most active wheelers and dealers, already shook up the first round by sending Nos. 16 and 19 to New Orleans for No. 18, a third-rounder, a seventh-rounder, a 2023 first and a 2024 second.

That trade gave the Eagles more assets next year and more flexibility.

“I think we were kind of looking at this year, next year, and the amount of picks that we had in this year’s draft, and trying to kind of balance it a little bit for a variety of factors,” Roseman said. “When you look at having first-round picks and the fifth-year option, having that many guys on the fifth-year option. ... We were kind of getting a head start on looking at next year’s draft, too, and seeing that it’s strong as well as this year’s draft. So, we thought it made sense.”

The Eagles finished 9-8 last season and earned a wild-card berth under first-year coach Nick Sirianni and second-year quarterback Jalen Hurts. Hurts showed enough potential to get another opportunity to prove he can be the long-term answer at the position.

The Eagles have selected wide receivers in the first round two years in a row. Jalen Reagor, selected 21st overall in 2020, hasn’t lived up to expectations. DeVonta Smith, the 10th overall pick last year, had a promising rookie season.

It won’t stop them from taking a wideout in the first round again to give Hurts another weapon. Ohio State’s Chris Olave is a possibility at either 15 or 18. Georgia defensive lineman Jordan Davis and Washington cornerback Trent McDuffie are among the prospects who also could end up in Philadelphia.

Of course, Roseman and Sirianni aren’t giving away any secrets.

The Eagles haven’t shied away from drafting players coming off injuries that made them drop out of the first round. They took cornerback Sidney Jones in the second round in 2017 and offensive lineman Landon Dickerson last year. Jones lasted just three seasons, starting eight games. Dickerson stepped in at left guard as a rookie and started 13 games.

Michigan linebacker David Ojabo and Alabama wideout Jameson Williams are in a similar spot and will returning from injuries.

“The value has to be right,” Roseman said. “The value of the player and how we kind of feel the player fits for us. What kind of player we think that player was pre-injury, how we base on our performance, on our medical staff who we have a lot of trust in, and how they project that player to come back.”

Sirianni has preached about his five core principles since replacing Doug Pederson last year. The Eagles will target players in the draft who have those qualities and characteristics.

“Do they have high football IQ? Do they have good character? Are they tough? Those are things that you really can see and find out,” Sirianni said. “And then in addition, do they love football and are they competitive? I think I’ve said this before, in my experience, guys that have those five traits, they maximize their potential. So, that’s what we want. We want to be able to get guys in here that can maximize potential both offensively, defensively and special teams wise.”

The Eagles lost cornerback Steven Nelson and safety Rodney McLeod in free agency, so they have to replace two starters. Another top receiver to complement Smith is a priority. Under Roseman, Philadelphia has placed high value on defensive linemen. The Eagles signed edge rusher Haason Reddick and linebacker Kyzir White to bolster the defense but could lean heavily on the defensive side, especially with most of the first five picks they have among the top 101.