Brady, Bucs look to rebound from lopsided loss vs. Carolina 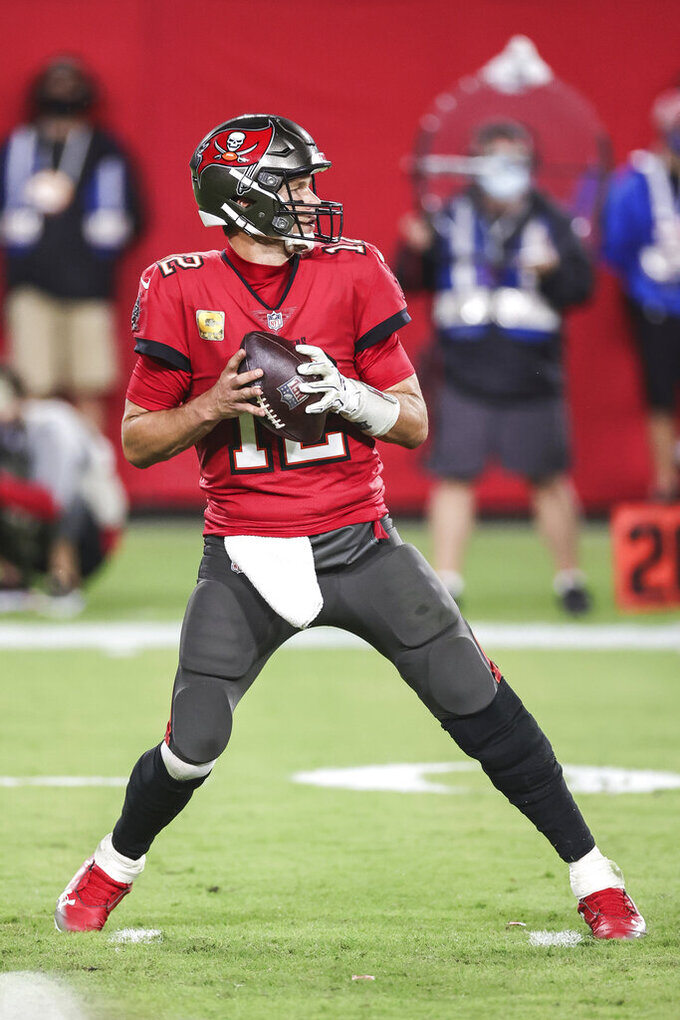 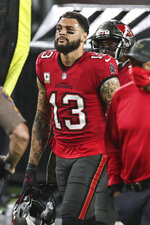 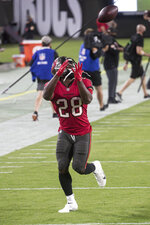 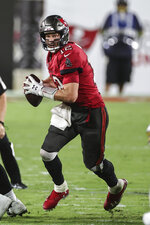 Brady and the Buccaneers are looking to bounce back after an embarrassing 38-3 loss to the New Orleans Saints last Sunday night on national television, a total team collapse that coach Bruce Arians called “shocking.”

It was the most lopsided loss of Brady’s career, with the six-time Super Bowl champion throwing three interceptions for the first time in nearly a decade and held out of the end zone despite a talented supporting cast that includes Mike Evans, Chris Godwin, Antonio Brown, Rob Gronkowski, Ronald Jones and Leonard Fournette.

Arians is well aware that a defeat of such magnitude can affect a team's confidence.

But he's confident it won't as the Bucs (6-3) look to get right against the struggling Panthers (3-6), who have lost four straight and will again be without running back Christian McCaffrey, who is recovering from a shoulder injury.

“I don’t think our confidence is shaken one bit," Arians said.

Brady was noticeably frustrated throughout the game, but pointed the finger at himself afterward saying “everyone’s got to do a lot better, and it starts with me.”

“Learn from it. You don’t bury your head in the sand — you own it," Arians said.

The Buccaneers beat the Panthers 31-17 in Week 2, but Carolina seemed to solve Brady and the Bucs passing game in the second half — something that could bear watching on Sunday.

“We have lost four games in row, so if you don't think we're plenty motivated too then something is wrong with that,” Brown said. “You can be (ticked) off all you want, but at the end of the day you have two (ticked) off teams coming in ready to battle each other."

Things to watch between the Buccaneers and Panthers:

Mike Davis returns to a starting role in the backfield with McCaffrey out. In his first three fill-in starts this season Davis amassed 351 yards and three touchdowns, but was limited to 167 yards and one touchdown in his last three.

Davis will have his work cut out for him this week against the NFL's top-ranked run defense. Despite yielding more than 100 yards on the ground to the Giants and Saints the past two weeks, the Bucs continue to lead the league in rushing defense at 75.3 yards per game.

The Panthers rushed for 87 yards on 24 attempts in the first meeting between the teams, with McCaffrey running for 59 yards and two TDs. Davis' playing time came mostly late in the fourth quarter after McCaffrey went down with a high ankle sprain, and he finished with eight catches for 74 yards.

The Panthers have struggled to protect quarterback Teddy Bridgewater in part because of their revolving door at left tackle. With veteran Russell Okung in and out of the lineup with injuries, the Panthers have yet to find a suitable replacement.

Last week the team tried Dennis Daley there for most of the game, but he got dinged up and the team turned to Greg Little and Trent Scott. The Panthers managed to score 31 points against the Chiefs, but the reality is that until the position is solidified they will continue to struggle keeping Bridgewater on his feet. Coach Matt Rhule is hopeful Daley will be able to play this week against the Bucs.

Tampa Bay’s Mike Evans and Hall of Famer Randy Moss are the only players in NFL history to begin careers with six consecutive seasons with at least 1,000 yards receiving. The seventh-year pro had seven catches for 104 yards and a touchdown in the Bucs’ 31-17 victory over Carolina in Week 2, however he’s on pace to finish with less than 1,000 yards for the first time. An ankle injury that’s hobbled the two-time Pro Bowl selection much of the season is one of the reasons. Another is Brady hasn’t targeted the 6-foot-5, 231-pound Evans much.

“Just throw it to him,” Arians said when asked what can be done to get Evans more involved in the offense. “The key is where the quarterback reads it out. Some guy may be open on this side, but the coverage tells him to go to the other side."

Evans has 34 receptions for 437 yards and seven TDs through nine games.

The key to beating Brady has always been to apply pressure, particularly inside the tackles. But that hasn’t exactly been Carolina’s forte this season. The Panthers are tied for last in the league with nine sacks, with most of that production coming from Brian Burns. It will be essential that defensive end Yetur Gross-Matos steps up on the other side of the line and Brown is able to get some push inside.

The Panthers are expecting rookie linebacker/safety Jeremy Chinn to return after missing last week's game with swelling in his knee. That's big news for Carolina, as Chinn plays multiple positions on defense making him difficult to replace. He has been a bright spot on Carolina's defense, leading all NFL rookies with 66 tackles.