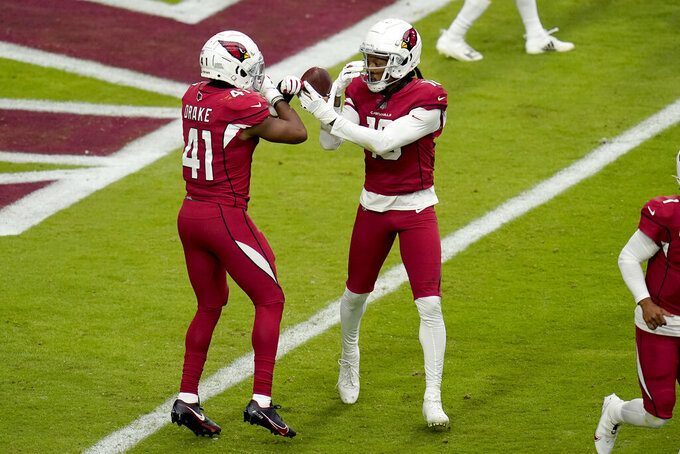 Through two weeks, Jacksonville's Gardner Minshew is playing at a potentially Pro Bowl level and New Orleans' Drew Brees is off to a slow start by his lofty standards.

Such is life entering Week 3 of the fantasy football season, where Minshew, who entered the fantasy draft season not ranked among the top 24 quarterbacks, is outplaying Brees, a longtime fantasy superstar.

This week will go a long toward determining if trends such as Minshew emerging as a viable weekly play and Brees not putting up huge stats will hold true. The week will also see how the replacements for injured fantasy performers such as Saquon Barkley, Christian McCaffrey and Courtland Sutton handle their newfound roles.

START: Gardner Minshew, QB, Jaguars: Why not? Only Seattle’s Russell Wilson has a better percentage of passes on target than Minshew’s 85.9%. Minshew has also thrown three touchdown passes in each of his first two games and gets a gem of a Thursday night matchup when he faces a Dolphins defense that is second only to the Falcons in fantasy points allowed per game to opposing quarterbacks.

SIT: Deshaun Watson, QB, Texans: Watson doesn't have Pro Bowl WR DeAndre Hopkins to target 15 to 18 times per game. The Texans are averaging just 18 points in their first two games, with Watson sporting an average 2:2 TD to INT rate. Things may not get better on Sunday when Watson, who has been pressured 29.4% of the time — third-highest among quarterbacks — hits the road to face a Steelers defense that blitzes passers at an NFL-high 61.7% of the time.

START: Kenyan Drake, RB, Cardinals: This could be the week Drake rewards his fantasy owners for patiently dealing with his underwhelming start. His high volume of touches will translate well against the Lions, who are 29th in fantasy points allowed per game to opposing running backs while also allowing a league-worst 6.5 yards per carry.

SIT: Darrell Henderson, RB, Rams: Henderson should continue to see a high rate of the Rams’ RB snap count, yet it doesn’t mean fantasy owners should be quick to plug him into their lineups. He’ll have to contend with a Bills defense that allows just 75.5 rushing yards per game while also not allowing a running back to eclipse the 50-yard mark thus far. He’ll be further downgraded if both Cam Akers (ribs) and Malcolm Brown (finger) are both active.

START: CeeDee Lamb, WR, Cowboys: Just two games into his rookie season, Lamb has already emerged as a legitimate must-start in all formats. Lamb earned his first career 100-yard game in Week 2 and has a great chance to find the end zone for the first time against a Seahawks defense that has allowed the most fantasy points per game to opposing wide receivers.

SIT: Will Fuller, WR, Texans: Houston’s big-play threat did not receive a single target in the Week 2 loss against the Ravens and is playing through a hamstring injury. Fuller won’t go silent in Week 3 but a breakout effort is unlikely against a Steelers pass defense that’s allowed a mere 56.5% completion rate to opposing receivers.

START: Mike Gesicki, TE, Dolphins: A tight end in name only, Gesicki has lined up as a slot receiver 79% of the time, allowing him to get favorable matchups against smaller defensive backs. Gesicki, who has accounted for more than a fifth of Miami’s targets in the first two games, will continue that trend against a Jaguars defense that has allowed a league-high 99 yards per game to opposing tight ends.

SIT: Kyle Rudolph, TE, Vikings: He’s become the forgotten man in the Vikings offense, managing just three targets in the first two games. That’s a shame, because Rudolph would have been a nice option to consider on Sunday against a Titans defense that has allowed touchdown passes to opposing TEs in each of the first two weeks and is ninth-worst in fantasy points allowed to opposing tight ends.

START: Drew Sample, TE, Bengals: Starter C.J. Uzomah (Achilles) was one of the many Week 2 injuries, which opened the door for Sample to grab seven of nine targets for 45 yards. While there’s a bit of a risk in starting Sample, keep in mind that Cincinnati plays a Philadelphia defense that has allowed tight ends to account for three of the four touchdown passes the Eagles have allowed thus far.

SIT: Robert Woods, WR, Rams: Woods’ rushing touchdown in Week 2 isn’t enough to ignore the fact he has just 11 total touches through two weeks as WR Cooper Kupp and TE Tyler Higbee have become Jared Goff’s top options. Don’t expect a Week 3 revival for Woods, who will be shadowed by Bills CB Tre’Davious White, who is one of the league’s elite lockdown defenders.

START: Cam Newton, QB, Patriots: The touchdown passes are bound to come for Newton, who has already rushed for four scores in the first two weeks. Newton comes off a 397-yard effort at the Seahawks and will find friendly skies against a Raiders defense that allows 12.1 yards per completion and has managed only one sack in the first two games.

SIT: Tarik Cohen, RB, Bears: Cohen’s fantasy owners would love to know why the sure-handed back has just three catches early on. Chicago’s methodical offensive style seems to have come at a cost to Cohen, who has to be sat down despite facing a Falcons defense that has allowed opposing running backs to catch 15 of their 16 targets.

START: Terry McLaurin, WR, Washington Football Team: McLaurin leads all wide receivers with 111 yards after the catch and could have a field day at the expense of a Browns defense ranked 24th in fantasy points allowed to opposing wideouts and also second in air yards allowed (441).

SIT: Matt Ryan, QB, Falcons: All-Pro WR Julio Jones (hamstring) could be limited, but that’s not the only reason to sit Atlanta’s QB. The Bears are second in the league in fewest fantasy points per game allowed to opposing quarterbacks and are one of only two teams (Rams) that have allowed just one touchdown pass this season.